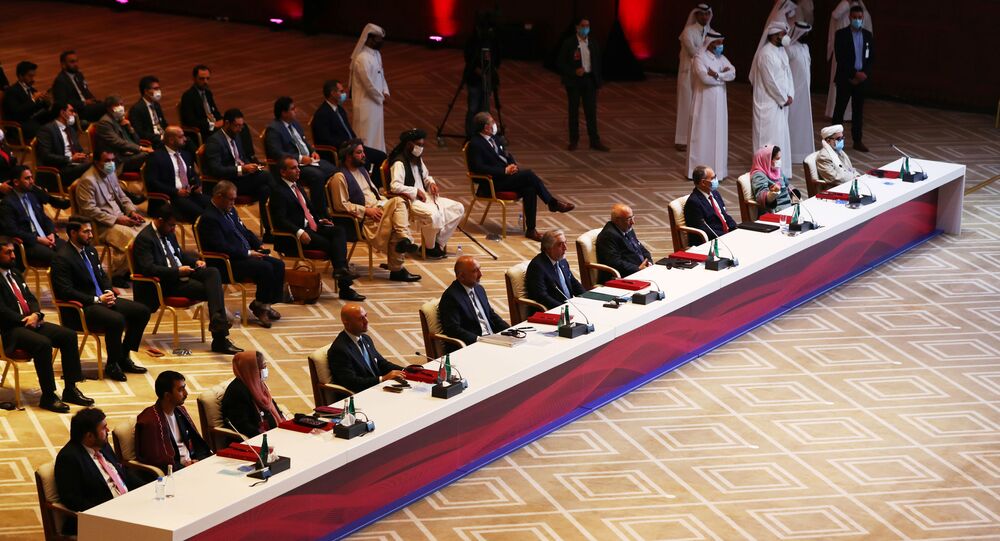 DOHA (Sputnik) - Intra-Afghan negotiations to reach peace between the Kabul administration and the Taliban movement started in Qatar’s Doha on Saturday, a Sputnik correspondent reported.

Both sides have sent delegations of more than 20 people to participate in talks.

Abdullah Abdullah, the chairman of the High Council for National Reconciliation, who leads the government's delegation, has said that the country intends to end the decades-long war and reach "an agreement on long-lasting peace".

Meanwhile, US Secretary of State Mike Pompeo urged the sides to strike the deal, adding that the country should protect the rights of all Afghans.

"We will undoubtedly counter many challenges in the talks over the coming days, weeks and months. Remember you are acting not only for this generation of Afghans but for future generations as well, your children and your grandchildren", he noted.

At the meantime, Mawlawi Attaullah Ludin, a member of the delegation that represents Kabul, also said that the basic demand is "to uphold national and Islamic values", adding that the nation is looking forward to peace.

"The people of Afghanistan have wanted from a long time to sit down with the government and the Taliban on such a day and discuss lasting peace, now the day has come and we look forward to a dignified and lasting peace. There will be problems during the negotiations but these problems will be resolved in the discussions", he said.

Though the US and the Taliban struck their long-awaited peace deal in February, there have been clashes between the Afghan government forces and the militants since then, which led to numerous delays in the peace process.

The Afghan government and the Taliban will address the possibility of ensuring a long-lasting ceasefire, issues related to the country's constitution, and a range of social matters, including women's rights. Washington also noted that the deal will pave the way for the withdrawal of the American military from the country.