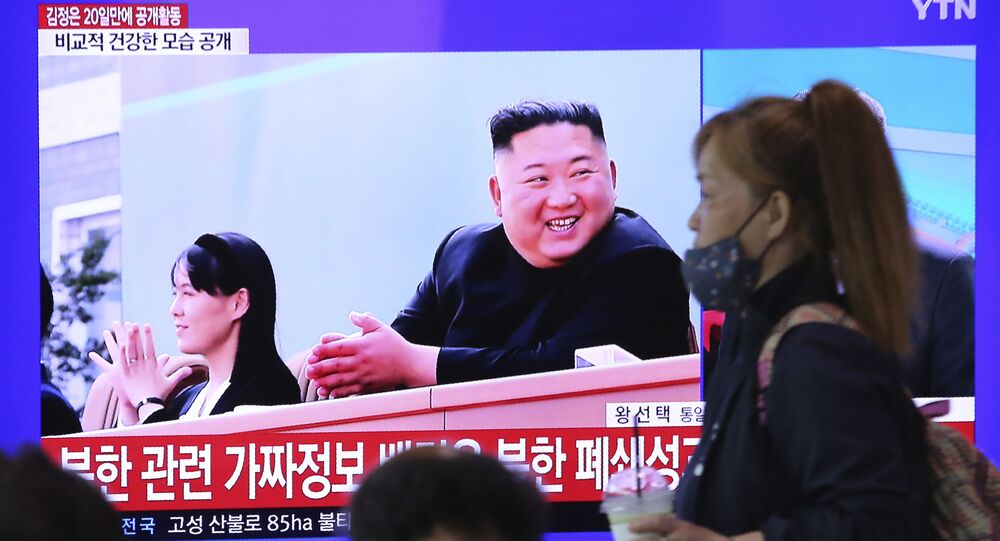 After weeks of Kim Jong Un's absence that caused speculations on his health, the North Korean leader reappeared in public on 1 May alive and well.

The National Intelligence Service of South Korea rejected the suggestions that Kim Jong-un had undergone heart surgery, saying that "Kim Jong-un's health abnormality is absurd" and there are "no signs of heart surgery", according to South Korean state-run news agency Yonhap.

"He was normally performing his duties when he was out of the public eye," committee member Kim Byung-kee was quoted as saying.

The lawmaker, however, added that Kim only made 17 public appearances so far this year, compared with an average of 50 from previous years.

"It cannot be ruled out that there is an outbreak in North Korea. Kim Jong-un had focused on consolidating internal affairs such as military forces and party-state meetings, and coronavirus concerns have further limited his public activity", the lawmaker was cited as saying.

North Korea has not reported any confirmed cases of the novel coronavirus so far.

On 1 May, Kim Jong-un appeared in public for the opening ceremony of a new fertilizer plant in Sunchon, finishing his almost month-long absence that caused speculations on his health.

The rumours about Kim's "heart surgery" emerged in early April when the leader failed to attend the anniversary of his grandfather's birthday, fueled by the reports that he had undergone a heart surgery that put him in "grave danger".

At the time, a senior official at the South Korean presidency was cited by Yonhap as saying that Seoul believed that there was no evidence to suggest that the North Korean leader had undergone heart surgery, regardless of what media reports said.