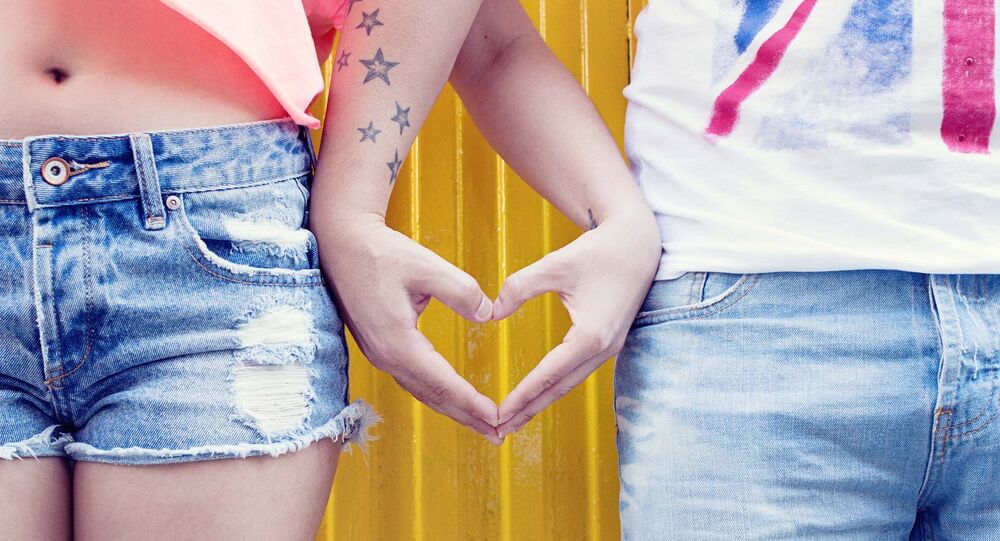 Amid news of announcements of newly made couples and weddings, MBC has introduced a variety show about the pairings.

A leading South Korean TV channel, MBC, announced on 10 February that it would launch a project titled 'You've Lost If You're Jealous'. The main theme of show, which is set to air in March, will be romantic relationships between celebrities.

For now, there has been an announcement of two pairs to participate in the show: an idol couple, who got support from fans from both sides after admitting their relationship, and an actor who is dating a non-celebrity.

The TV programme has begun filming, and it is expected that the show will tell behind-the-scene stories of real love, relationship and the possibility of marriage.

Not the first romantic show on Korean TV, MBC previously launched one of the most popular shows on a celebrity theme - We Got Married, airing between 2008-2017 alongside numerous spin-offs featuring non-Korean celebrities. The show started with the creation of a star pair pretending to be married. They must live together and every week were given some kind of task, for example: go to the gym together, cook dinner, meet parents, etc. In their house were placed cameras, as well as operators who recorded everything that happened. Many celebrities participated in show, including members of Super Junior, SHINee, Apink and 2PM, as well as actors including Hong Jong-hyun and Julien Kang.

The announcement of a new show was made amid recent new couples and weddings - as many idols and actors have confessed to dating or marrying. Chen, from EXO, broke the peninsular internet with news of his marriage and that alongside his non-celebrity fiancee, he was expecting a baby. Senior colleague Heechul from Super Junior also сonfessed that he is in relationship with another star, a member of Twice Momo. Famous actor Sung Joon revealed that he has been both a husband and father for almost a year.