A Bek Air Fokker 100 medium-sized twin-turbofan jet airliner en route from Almaty to the Kazakh capital of Nur-Sultan with almost 100 people on board crashed Friday morning, killing at least a dozen people and injuring dozens of others.

Airport search and rescue workers were the first to arrive on the scene of the accident, along with the aviation security service and emergency services. The evacuation of passengers began immediately.

Earlier Friday, Deputy Prime Minister Roman Sklyar told reporters that the plane was thought to have touched the runway twice upon takeoff, with the accident believed at this stage to be the result of either pilot error or a technical malfunction.

Officials ruled out weather-related issues, saying that the airport runway was in perfect condition and that the plane had been treated with an anti-icing agent.

Shortly after takeoff, the Bek Air Fokker-100 with 98 people on board including 93 passengers and five crew lost altitude, broke through a concrete border and crashed into a two-story building.

Conflicting reports remain regarding the number of casualties, with medics reporting 15 dead, while the internal affairs ministry puts the figure at 12, including the plane’s captain, Marat Muratbaev. 49 people have also been delivered to local hospitals with injuries, 18 of them in serious condition. No casualties were reported on the ground, as the building the plane crashed into was under construction. 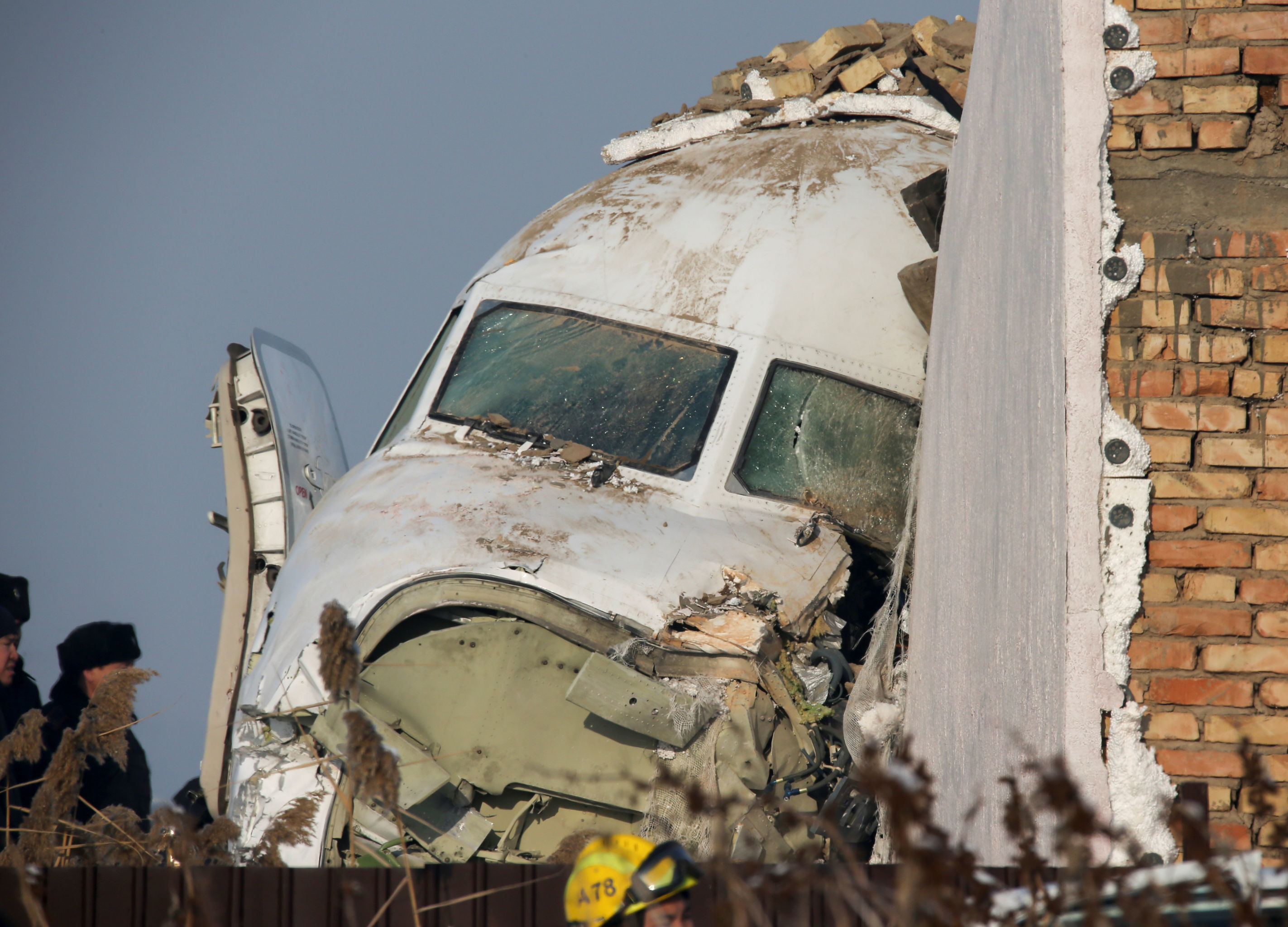 © REUTERS / PAVEL MIKHEYEV
Emergency and security personnel are seen at the site of the plane crash near Almaty, Kazakhstan, December 27, 2019

Several foreign nationals, including two Ukrainians, one citizen of Kyrgyzstan and one Chinese national were on board the plane. All of them are said to have survived. There were no Russian nationals onboard. Russian President Vladimir Putin sent a message expressing his condolences to Kazakh President Kassym-Jomart Tokayev on Friday, saying Russia shares in the sorrow of those who have lost loved ones, and hopes for the speedy recovery of any survivors who were injured.

The plane’s flight recorders have been recovered. All of Bek Air’s flights have been cancelled, and all Fokker-100 aircraft grounded pending investigation. Bek Air, a regional business jet operator, has nine Fokker-100s in its fleet. The plane which crashed was built in 1996, and was purchased by the company in 2013 after flying with several other airlines. The plane’s registration was renewed in 2016.