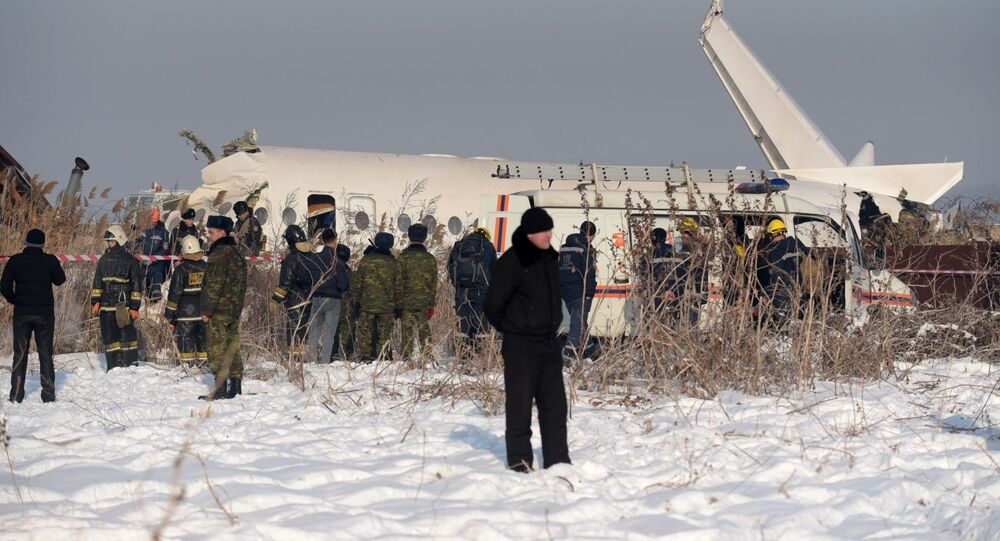 The Bek Air airline's Fokker 100 plane, heading from Almaty to the Kazakh capital of Nur-Sultan with almost 100 people on board, crashed earlier in the day soon after take-off.

Kazakhstan's Interior Ministry said on Friday, that a total of 12 people were killed and 49 people received injuries in the plane crash near Almaty.

The airline's activities were suspended, as well as flights of Fokker 100 planes, similar to the jet involved in the incident.

Almaty International Airport has published a list of 60 survivors who have received medical treatment.