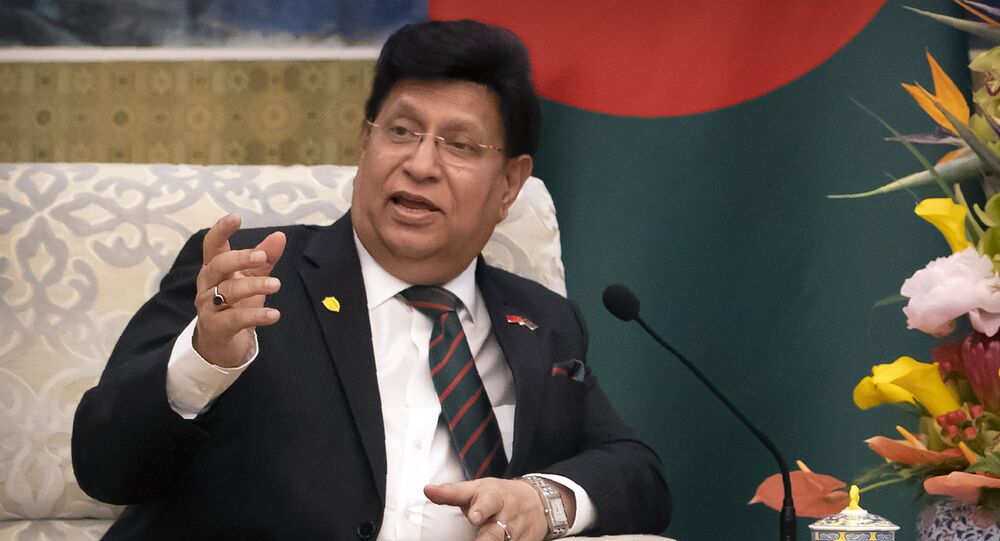 Bangladesh Foreign Minister A K Abdul Momen on Thursday called off his scheduled two-day visit to India, a day after he stated that the contentious Citizenship (Amendment) Bill, 2019, passed by the Indian Parliament, could weaken India's status as a secular nation. He also rejected allegations of minorities in his country facing religious persecution.

The minister cancelled his visit just hours before his arrival in New Delhi. He was scheduled to arrive at 5.20 p.m. this evening

"I had to cancel my trip to New Delhi as I have to participate in the 'Buddijibi Debosh' and 'Bijoy Debosh,' and more so, as our State Minister is out of the country in Madrid, and our Foreign Secretary is in The Hague," Momen said in a statement in Bangladesh capital Dhaka.

Diplomatic sources, however, said the cancelled trip was over the ongoing unrest in India’s northeastern region arising out of the passage of the controversial Citizenship Amendment Bill in Parliament.

Foreign Minister Momen’s announcement that he would not go to India was followed by Bangladesh Home Minister Asaduzzaman Khan also cancelling his visit. He was to visit the northeastern state of Meghalaya on Friday. No reason was given for his cancellation.

Ministry of External Affairs spokesperson Raveesh Kumar said he would not like to comment on the issue beyond saying that New Delhi’s relationship with Dhaka was good.

“Any speculation that this development is connected with the legislation adopted by Parliament yesterday regarding the Citizenship Amendment Bill is unwarranted,” he further stated.

The cancellation of the two ministerial visits by Dhaka came on a day when protesters in India’s northeastern region, particularly in the state of Assam, defied prohibitory orders and became violent.

Police had to open fire to dispel the agitators who had gathered in huge numbers to register their objections to Indian Parliament passing the contentious 2019 Citizenship Amendment Bill (CAB-2019), on Wednesday evening.

According to reports, one person has died as the result of police fire, while four others were wounded.

The legislation amended the 1955 Indian naturalization law to allow persecuted minorities from Pakistan, Afghanistan and Bangladesh to obtain Indian citizenship. After parliament's approval, the bill awaits approval by the president to become law.