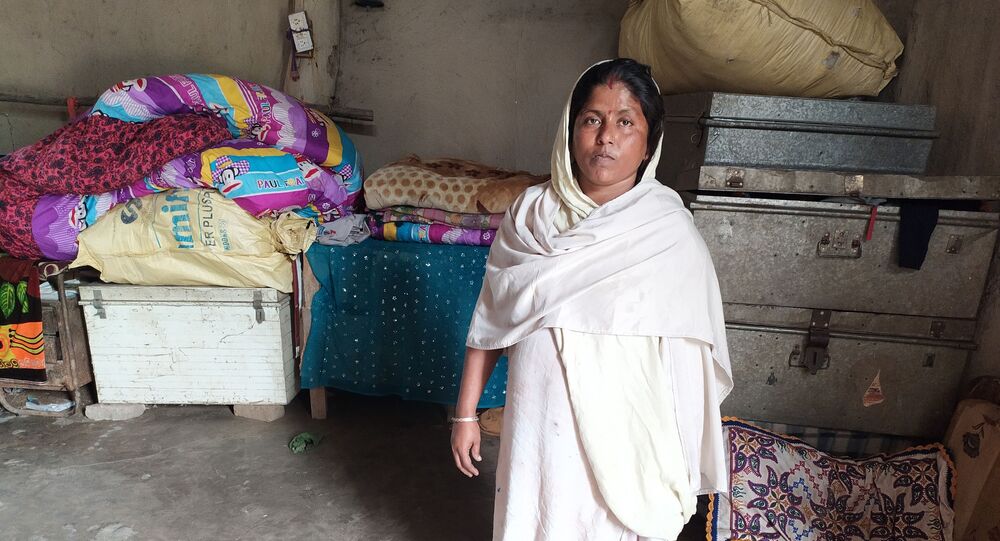 My Father Died Dreaming of Indian Citizenship, Happy My Kids Will Get It: Pakistani Hindu Migrant

New Delhi (Sputnik): The 2019 Citizenship Amendment Bill, passed by the upper house of the Indian parliament on 11 December aimed to grant Indian nationality to persecuted Buddhists, Christians, Hindus, Jains, Sikhs and Parsis, who have fled Afghanistan, Pakistan, and Bangladesh before 2015.

After being upheld in both houses of Indian Parliament, as the legislation is awaiting the Indian president’s approval, the Citizenship Amendment Bill is creating an uproar in various parts of the country for offering citizenship on religious grounds to migrants from Afghanistan, Pakistan and Bangladesh.

Though northeastern states like Assam and Tripura are witnessing violent protests and clashes, for a refugee settlement in Delhi’s Majnoo Ka Tilla colony, it’s “a day of freedom” for hundreds of Hindu migrants from Pakistan.

Celebrating the event with fervour, people named the granddaughter of the head of their camp who was born on 11 December “Nagrikta” (citizenship), in honour of her being born on the day when Citizen Amendment Bill became legislation.

Living without civil authorities’ supplied electricity, water and other basic amenities for seven years, Chandrama, who came to India in 2014 with her husband, five daughters and a son, says: “We have finally gotten freedom in our own country”.

“My father came to India in the early 2000s and died five months ago waiting to get Indian citizenship. But now my children will at least get to live with respect in their own country,” says Chandrama.

‘Left Pakistan for Life of Respect’

From the city of Hyderabad in Pakistan’s Sindh province, Chandrama arrived in India on a Pakistani passport to visit temples. But she decided never to leave this country.

“In Pakistan also, we always considered India to be our country. Our ancestors had told us that we belong to India, but could never come due to poverty,” she says.

Nanki also comes from Sindh region, and today she is wearing vermillion (Sindoor) in the centre partition of her hair, and a big red Bindi (coloured dot) on her forehead like any traditional married Hindu woman.

Surrounded by other women, Nanki is holding her three-year-old son, while celebrating with the rest of the community members who are hailing India’s ruling party -- the Bharatiya Janata Party and Prime Minister Narendra Modi.

Though initially shying away from talking to a visitor, she finally shares: “We were not allowed to wear vermilion or bindi in Pakistan. It was not permitted. Life for Hindus in Pakistan is difficult; they are not respected. They don’t have any respect; that’s why we did not go back.”

“We had come to attend Kumbh ka Mela (Hindu pilgrimage and festival held every 12 years (held on the banks of rivers in Prayagraj, Haridwar, Nashik, and Ujjain) in 2013. But when we reached Delhi, we decided to stay. We came with nothing, we left our land, farms everything, for a better life here,” she adds.

Nanki, a mother of three girls and two sons, says Hindu girls are not safe in Pakistan. “They are abducted and converted; even we are forced to convert to Islam. They teach Islam in schools, and we couldn’t send our kids to school,” she says.

Human Rights organisation, The World Sindhi Congress, in its report -- Forced Conversion of Minority Girls and Women in Pakistan – says: “…as indicated by the former vice-chairperson of the Human Rights Commission of Pakistan (HRCP), Amarnath Motumal, 20 or more Hindu girls are abducted and converted every month in Pakistan”.

Chandrama, who still has family in Pakistan, says: “My niece was abducted this year, and she has not been returned. My brother-in-law has spent so much money to get her back but to no avail.”

Speculating on the procedure for attaining citizenship, social worker Bhupendra Sareen, who widely works for the development of the community, says nothing is definite yet. Still, citizenship will be granted after the National Registration of Citizens (NRC) is done across India.

Indian Home Minister Amit Shah had announced that the NRC would be a country-wide exercise and not just limited to the northeastern state of Assam.

The NRC is a register maintained by the Government of India containing names and specific relevant information for the identification of Indian citizens.

“We have given Aadhaar cards to all the families living here. Nyayapath, a non-government organisation, provides them with legal aid regarding visas and papers,” Sareen says.

However, Chandrama is concerned thinking about the NRC, as she shares that her documents and those of other family members were destroyed in a fire three years ago.

There are no official statistics available on the total population of Hindu migrants from Pakistan who desire citizenship in India.