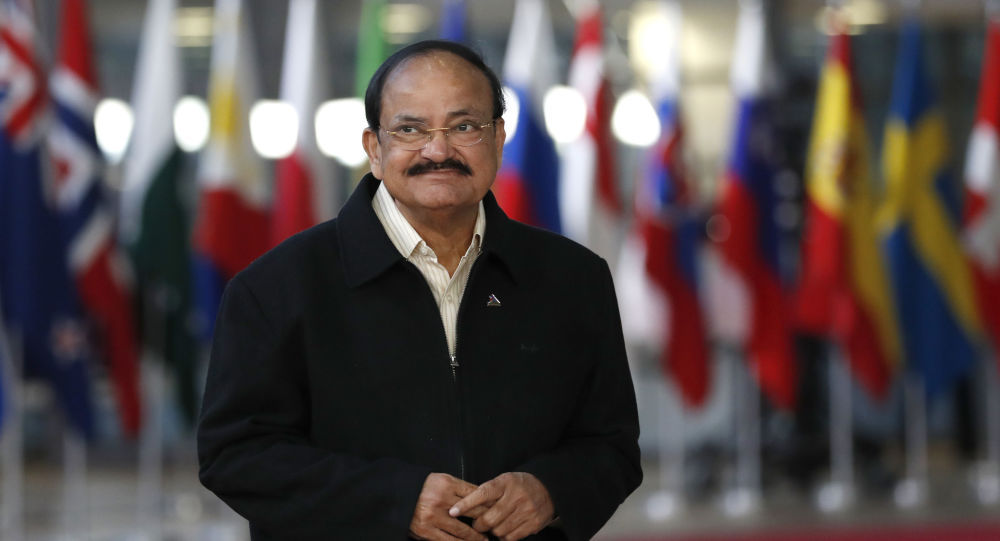 New Delhi (Sputnik): The Arms (Amendment) Bill, 2019, was passed in the lower house of Indian Parliament on Monday, 9 December and was introduced in the Upper House on Tuesday, 10 December by Junior Minister for Home Affairs G. Kishan Reddy. The Minister claimed, a law to effectively control arms and ammunition, was vital for national security.

During the discussions, a remark by Indian Vice-President M. Venkaiah Naidu invited the wrath of netizens, as they felt it was sexist. Venkaiah Naidu, during the proceedings, commented that women don’t need arms, others will protect them.

“In my opinion, women don’t need firearms; others will protect you,” he said. Naidu made a comment when two women lawmakers sought his permission to speak on the matter. Though he said the time allotted for the discussion had finished, he said, “One of the two women” could speak, and allowed ruling Bharatiya Janata Party’s, Roopa Ganguly. Ganguly said she had been shooting since childhood and that she enjoyed doing it.

Unforgivable Twitterati took on Naidu on Twitter, schooling him on the importance of women carrying arms for self-defence.

Meanwhile illegal firearms are freely available especially in UP & Bihar. Control them first

Legal firearms are needed for self defense & safety of women https://t.co/FhpFXh8m1n

"Women did not need firearms and that others would protect them"

Asifa, Diksha, Unnao - all these women were raped - who protected them?https://t.co/bM650KXiLR

We women have to change so much in this country- starting with this mindset!With 2women MPs asking to speak on the Arms (Amendment)Bill M. Venkaiah Naidu remarked that he thought women did not need firearms&that others would protect them.
https://t.co/HHKrj9ebeP

So much sexism & ignorance to unpack.

I don't think women need to arm themselves to expect better behaviour from men, but it is insane that VP thinks "men will protect" in a country where men hunt women in gangs for sport & rape them everyday.https://t.co/sSBlv8RFDV

The proposed legislation seeks stricter punishments for those involved in trade and the use of illegal firearms, and to reduce the number of licensed firearms a person can own from three to two. The bill was later passed in Rajya Sabha and will now go to the President for final approval.

Apart from increasing the punishments for dealing in illegal arms, the Bill makes seizing a firearm from security personnel an offence which carries a 10-year to life jail sentence and using firearms in celebratory firing, punishable with up to two years in jail and/or a ₹1 lakh (approximately over $ 14,000) penalty.