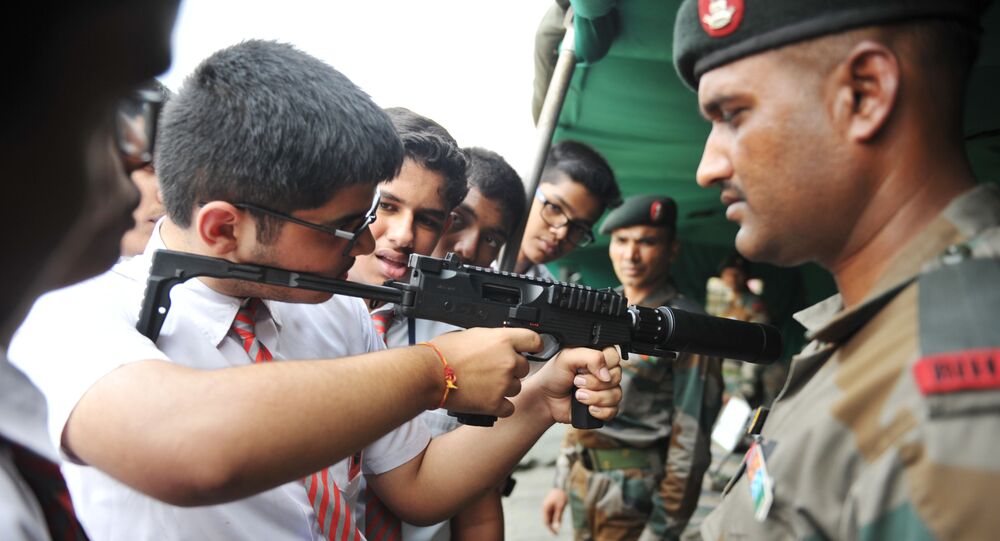 New Delhi (Sputnik): Thousands of people are arrested annually across India for manufacturing and supplying illegal firearms, particularly those who have set up production centres in the country’s Uttar Pradesh and Bihar states, parts of which border Nepal and Bangladesh that have significant markets for such weapons.

To deter people from illegally making or selling prohibited arms and ammunition, the Indian government on Monday succeeded in passing The Arms (Amendment) Bill 2019 through the Indian parliament’s lower house, the Lok Sabha.

Addressing members of the lower house, Indian Home Minister Amit Shah said the passing of the amended Bill was necessary to effectively maintain control over the flow of illegal arms and ammunition, ensure the safety and security of citizens and maintain law and order.

The Arms (Amendment) Bill 2019 tabled in Parliament on Monday is an improvement on The Arms Act of 1959 in terms of enhancing punishment for those manufacturing or in possession of illegal arms and ammunition.

The previous Act had a clause that said that a person or persons using illegal (unlicensed) arms or other weapons could be imprisoned for no less than three years. Depending on the gravity of the case, this prison term could be extended to seven years along with payment of a fine as determined by the court.

Those in possession of prohibited arms and ammunition could be imprisoned for a minimum period of five years, extended to ten years along with payment of a fine, the original act further states.

The amendment to the Arms Act, 1959 is aimed at effectively curbing crimes committed with illegal firearms, he further stated.

Evidence that the flow and use of illegal arms and weapons are so rampant can be gleaned from the fact that police in New Delhi said that between 1 January and 16 October this year at least 1,029 shots were fired on the streets of the Indian capital leaving 100 people dead.

Until September this year, Delhi Police revealed that they had arrested 2,379 persons with illegal arms and ammunition.

In November, a Delhi Police team busted an illegal gun-manufacturing factory in the neighbouring city of Meerut in Uttar Pradesh state after a two-month-long investigative operation.

Police revealed that they recovered a considerable amount of ammunition and firearms-manufacturing equipment from the factory operated out of a house. Four persons, including two intermediaries, the manufacturer and an end-user were arrested during the raid.