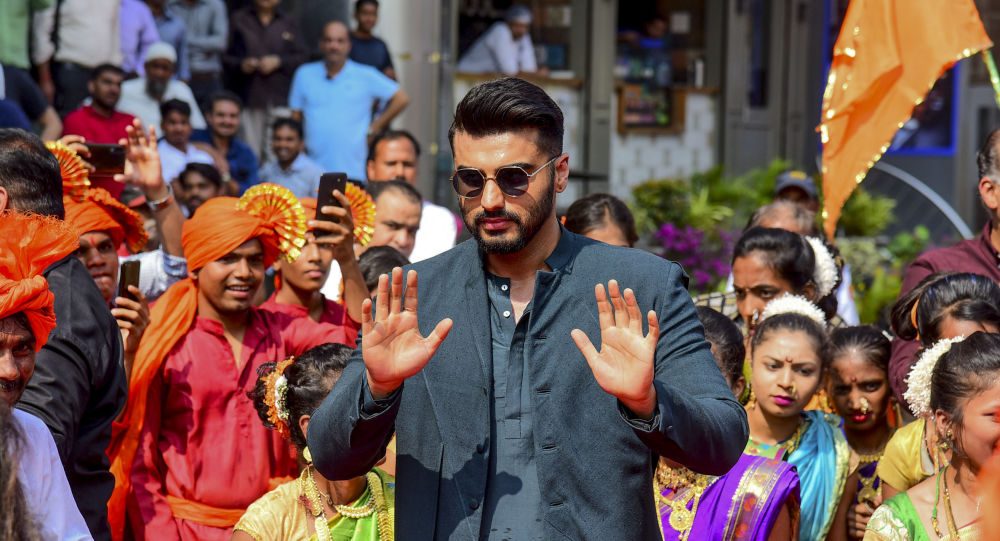 New Delhi (Sputnik): Bollywood star Arjun Kapoor is currently starring as the lead in “Panipat”, a film that tells the tale of the third battle of Panipat between the Marathas and the then King of Afghanistan, Ahmad Shah Abdali in 1761.

The 34-year-old actor has made headlines for his relationship with 46-year-old Bollywood diva Malaika Arora Khan, who has a 17-year-old son named Arhaan.

Ever since the two have admitted to their relationship following the latter’s separation with actor-producer husband Arbaaz Khan, they have remained in the glare of the media spotlight. But how does he manage to keep his calm during such situations?

During a recent interview, when the “Ki & Ka” actor was asked about too much attention being paid to his personal life, he said he is used to the scrutiny and he makes sure it never gets to him.

“I have to embrace what comes with the territory. But I have learnt the art of bargaining out of it when I choose to,” says Arjun.

As an actor, he is also well-versed with the pros and cons of being in the entertainment business and says that he can “never run too far from all the limelight”.

Arjun, son of acclaimed producer Boney Kapoor, is playing the role of Sadashiv Rao Bhau, who led the Maratha army to Delhi in the battle, in the the film "Panipat". It was directed by Ashutosh Gowariker and also stars Kriti Sanon and Sanjay Dutt.

The movie will hit the screen on 6 December.

Earlier, Arjun shared a video on his Instagram account which showed his transformation from Arjun Kapoor to Sadashiv Rao Bhau, which required him to shave part of his head, which he did without a second thought.