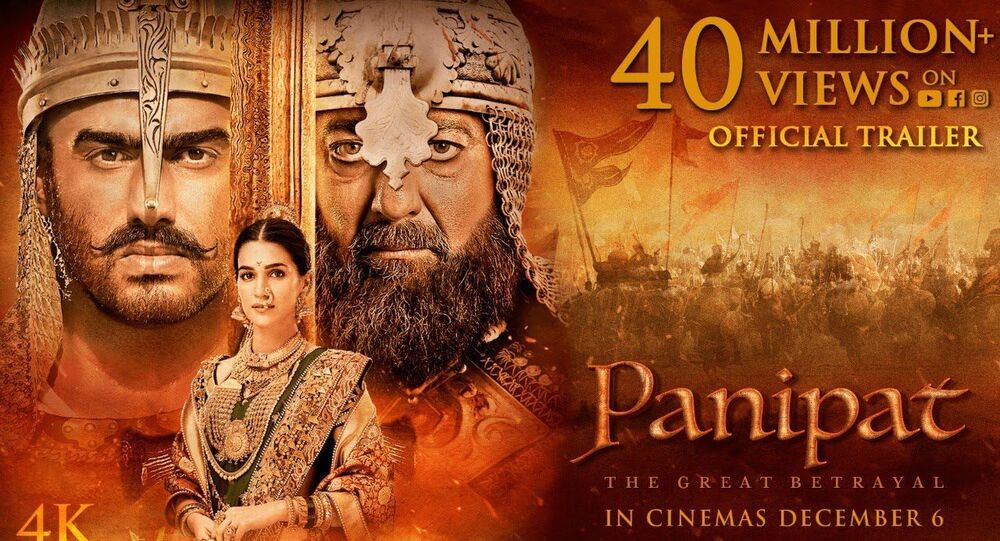 New Delhi (Sputnik): Bollywood actors Arjun Kapoor and Sanjay Dutt-star in “Panipat” which showcases a battle that took place between the Marathas and the then-Kinf of Afghanistan Ahmad Shah Abdali in 1761. The movie’s director says working on it was a huge cinematic challenge especially the battle scene sequence.

Indian film director Ashutosh Gowarikar, who won a National Film Award for his 2001 release “Lagaan”, feels it was important to make a film on the Battle of Panipat, probably the only war in the history “where an army has walked for about 1,000 km to stop the invader”.

“That’s why this story needed to be told through cinema", Ashutosh said in a statement released by IMDB, the world's most popular and authoritative source for movie, TV, and celebrity content. The film also stars Kriti Sanon.

Through the film’s trailer, Gowariker takes the audience behind the scenes where he offers a glimpse of the storyline, the cast and the cinematography of the film. He also speaks about the difficulties he faced while directing “Panipat”.

Stating that on the exterior it had to be entertaining but at the same time it needed to have pathos, the director said: “This story is all about courage and bravery".

“We had only read about the third battle of Panipat in school but never really knew why the battle was fought, the reason behind it or even the events that led to it. This was an opportunity to explore the story and that is why I made this film", he explained in the trailer.

The director also said that right from the start he had the cast in mind.

Sharing about the characters in the film, Ashutosh said: “Right from the scripting phase, I knew the actors I wanted in each role – Sanjay Dutt as Abdali, Arjun Kapoor as Sadashivrao and Kriti Sanon as Parvatibai and all of them have supported the film relentlessly. Arjun as Sadashivrao shaved off his hair and remained bald for six months. All this contributed to the authenticity of the film".