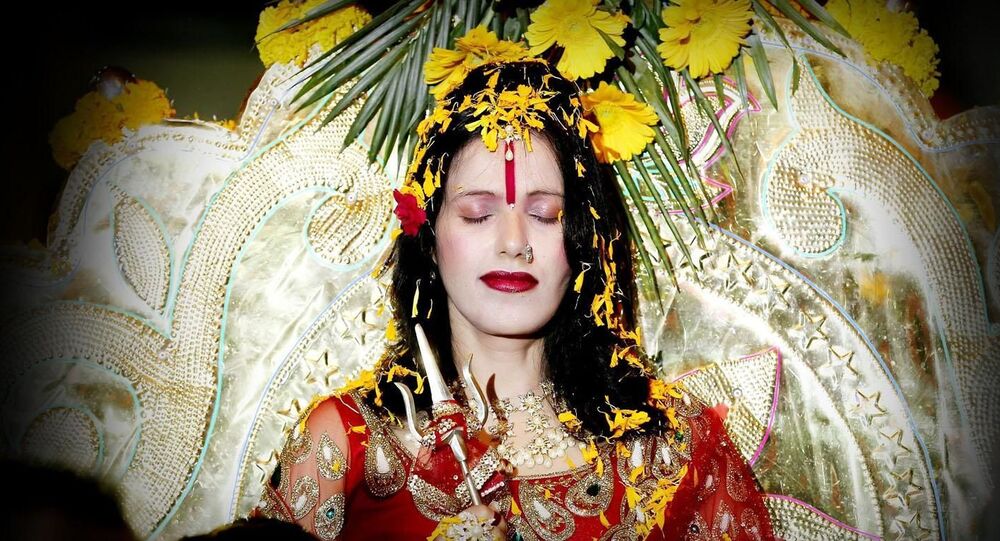 New Delhi (Sputnik): A controversial self-styled godwoman Radhe Maa and her supporters have been booked by police in India for allegedly assaulting a journalist at a spiritual event recently, media reports said on Tuesday.

The alleged assault occurred on Sunday evening when the scribe had gone to cover a religious event of the godwoman in Panipat city of the Indian state of Haryana.

While the journalist was reportedly invited by the godwoman’s supporters, she was reportedly miffed over some of his disturbing questions and allegedly threatened him.

It followed with her followers allegedly assaulting the journalist and damaging his camera. They even purportedly tried to kidnap the scribe but were prevented from doing so by policemen present on the occasion.

“The police are enquiring into the matter, though no arrest has been made yet. The alleged assault on the journalist took place in her presence,” Indian Express quoted a police official as saying.

Radhe Maa, who prefers dressing up in modern dresses or red-coloured traditional attires and sporting heavy gold ornaments, is considered as a reincarnation of Hindu goddess Durga by her huge number of fans and followers.

The godwoman, whose original name is Sukhvinder Kaur has often left a lot of people amused with her gimmicks and fancy attires. In 2015, she had caused a social media row after a video of her wearing a red mini skirt went viral. She was subsequently booked on charges of obscenity.