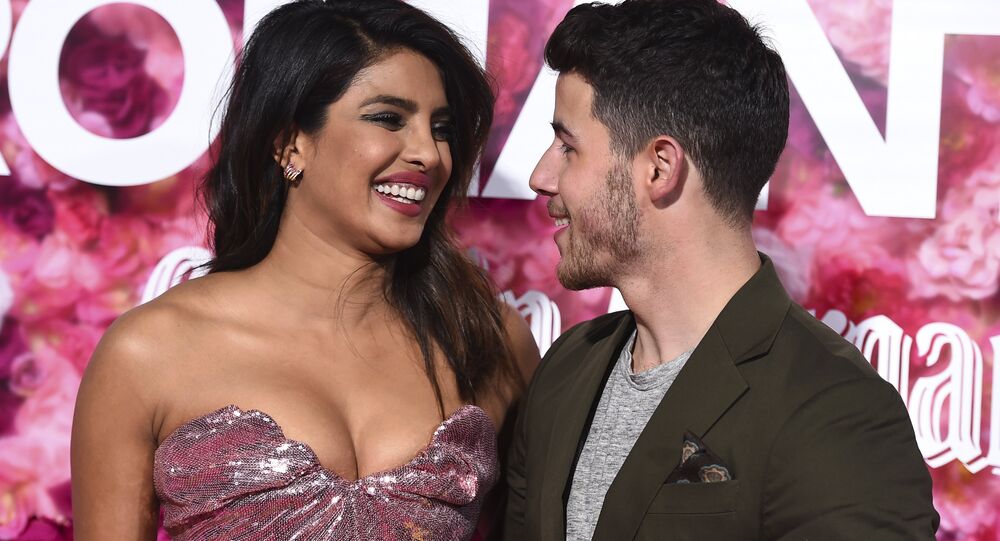 New Delhi (Sputnik): International actress Priyanka Chopra has been named as the most searched for Indian celebrity on social media, as people looked up her name most in December when she officially became Mrs Nick Jonas. Netizens say she's added another “power” to her list.

US agency SEMrush has conducted a study on the popularity of Indian actors and actresses around the world and it was revealed that Priyanka Chopra, who shot to international fame in the American television drama “Quantico”, took the top position along with another Bollywood actor Salman Khan.

In October 2019, Priyanka and Salman were searched 2.74 and 1.83 million times respectively and the largest number of searches on the former was in December when she tied the knot with Hollywood singer Nick Jonas in Udaipur, the city of palaces, located in Rajasthan.

The actress recently tweeted an admiring post for the Jonas Brothers - Nick, Joe, and Kevin - who have been nominated for a Grammy in the Best Pop Duo/ Group Performance category for their song “Sucker”.

Sharing a short clip of the song, she captioned the post, "So proud of you @jonasbrothers !! I love you @nickjonas @joejonas @kevinjonas”.

Priyanka and Nick had both a Hindu and Catholic wedding ceremony at the Umaid Bhawan Palace in India’s Jodhpur.

salman khan tops the list of most searched bollywood actors internationally. in october 2019 alone salman was searched 1.83m times.. he tops the list of actors followed by amrish puri and srk.https://t.co/ZzRHfkfHgh

According to SEMrush recent study on the popularity of Indian actors and actresses across the globe, @priyankachopra is the most internationally searched actor (male/female). She’s leading the race with more than 4.2 million searches monthly. 🙌🏻👑 pic.twitter.com/9QHuSrdpyz