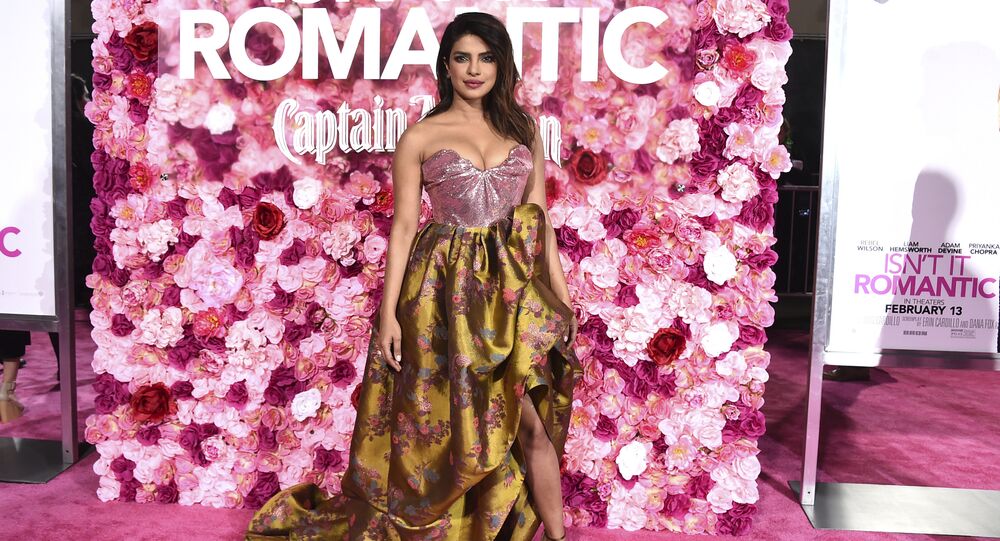 New Delhi (Sputnik): Global sensation Priyanka Chopra, who often turns heads with her sense of style carried off with a whiff of confidence, has once again leapt into the spotlight while rehearsing for her upcoming film in the national capital of India, New Delhi.

Quantico actress Priyanka Chopra is busy shooting for her next venture in Delhi after the massive success of her recent movie “The Sky is Pink”.

The actress took to social media to tease her millions of fans with a picture of her incredible derriere as she strutted around a cemetery, rehearsing for her upcoming film “The White Tiger”. Sharing her “Then and Now” picture, she gave a sneak peek into the preparation that goes into the shooting of films.

Indian television actress Mini Mathur was left amazed by her cinched waistline and said, “that waist is unreal! Wow”.

Netizens, who were blown away by her hourglass figure, excitedly and amorously responded to her picture.

Some said “nice bum’ with a fire emoji and said they found her inspiring with her narrow waistline, while another said “Ur having super back” with a heart emoji.

However, some debated that her hourglass figure is too perfect to be real, claiming it to be photoshopped.

“For anyone saying her waist is photoshopped it’s not!! If you ever watched her all throughout Bollywood you would know her waistline is just snatched!! Her body is amazing,” said her fan hitting out at people calling her picture edited.

Priyanka and husband American singer Nick Jonas, who will celebrate their first wedding anniversary in December, will reportedly shell out $20 million for a 20,000-square-foot property in the Los Angeles area.

Emily Ratajkowski Shows Off Her Curves in Her Inamorata Swimsuits (PHOTOS)