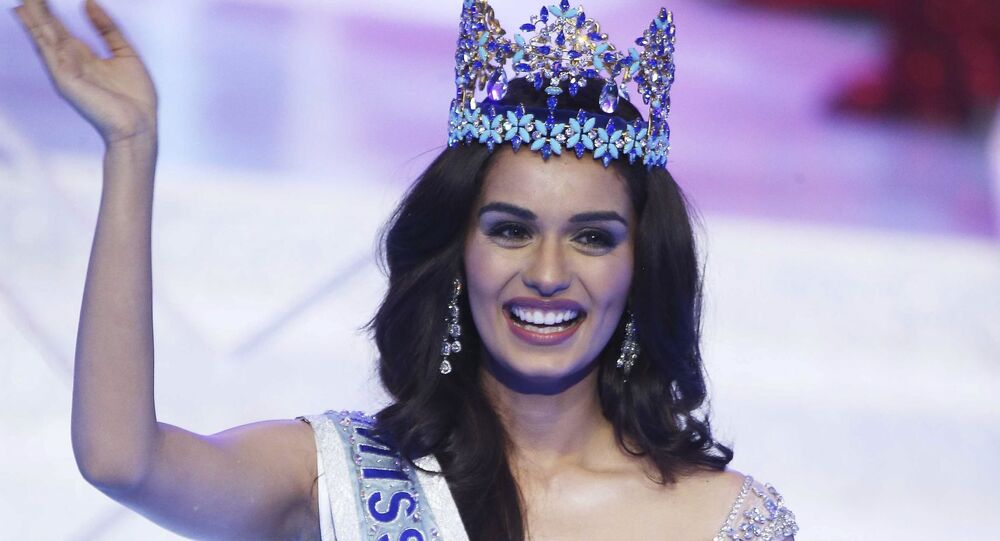 New Delhi (Sputnik): After former Miss Worlds from India, Aishwarya Rai Bachchan and Priyanka Chopra Jonas, another Indian beauty is ready to ready to make a switch from the beauty industry to Bollywood.

Crowned Miss World in 2017, Manushi Chillar has signed on for her debut movie with one of India’s biggest banners – Yash Raj Productions, opposite B-town “Khiladi” (player) -- Akshay Kumar in a big budget period drama titled “Prithviraj”.

The soon-to-be on-screen couple took to Twitter to share the announcement on Friday along with giving fans a glimpse of the customary Indian prayer rituals that are performed at the beginning of all things auspicious.

​For the longest time, speculations about Manushi's debut film have been making the rounds in the Indian media, but the 22-year-old beauty queen took two years after shooting to fame to zero in on “Prithiviraj” as her first movie.

The film's story is inspired by the life of "Maharaj" (Emperor) Prithivi Raj Chauhan – who ruled Delhi and India’s “Pink City” – Jaipur from 1178 to 1192.

While Akshay will play the role of Pritiviraj, Manushi will be seen portraying the role of his love interest named Sanyogita in the movie, slated for release in November 2020.

​Before being crowned the world’s most beautiful woman in 2017, bespectacled Manushi was perusing her studies to become a doctor at a medical college in the state of Haryana in India.

After winning the pageant, Manushi applied for a leave from her college and moved to Mumbai with her parents.

The diva wishes to complete the rest of her course, however, recent reports reveal that the Medical Council of India Board of Governors (MCI BOG) has refused to grant Manushi a transfer from her Haryana college to a Mumbai-based medical college.