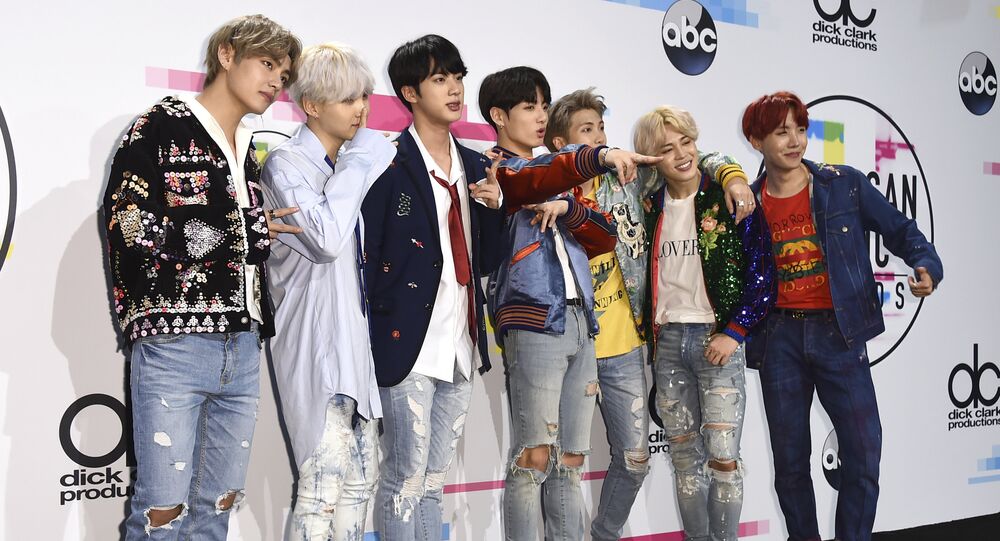 South Korean law requires all healthy young male nationals to serve in the country's military for at least two years. Seven young men comprising the popular boy band BTS will reportedly have to give up their glamorous singing careers to spend time under the constant eye of a drill sergeant.

South Korean authorities have reportedly been facing numerous public pleas to make an exemption for BTS; a waiver, occasionally provided to the nation's important musicians and athletes, Yonhap reported Wednesday.

"In the case of BTS, I personally wish I could allow exemptions for them under certain standards, but the Military Manpower Administration and the Ministry of National Defense (in charge of conscription) are inclined to downsize the overall scope (of exemption) [...] Unlike in the classical arts or sports, it is difficult to fix the criteria of the selection in the popular culture and arts fields, which makes it difficult to institutionalize (a waiver system)", South Korean Culture Minister Park Yang-woo said Tuesday, cited by Yonhap.

According to the minister, cited by the news agency, the so-called TV entertainers - which is how BTS is referred to - face restrictions in going abroad as they have not served their military duty. Yonhap reported that this detail raises concern for the producers of K-pop stars, who prefer having more leeway in the artist's overseas concert tours.

The minister said, however, that authorities are developing new guidelines for artists and are "moving toward removing the restrictions for those recommended" by the culture ministry, according to Yonhap.

The guidelines will keep current military exemptions usually given to athletes and artists but will require them to make greater social contributions, the minister said.

Notably, Jin, BTS' eldest member - whose real name is Kim Seok-jin - is required by law to be enlisted in the South Korean armed forces by 2020 when he turns 28.

As the 1950-53 Korean War ended in a ceasefire, without signing a peace treaty, Seoul technically remains at war with Pyongyang, and this factor plays a major role in the nation's military legislature which still maintains conscription for young men.