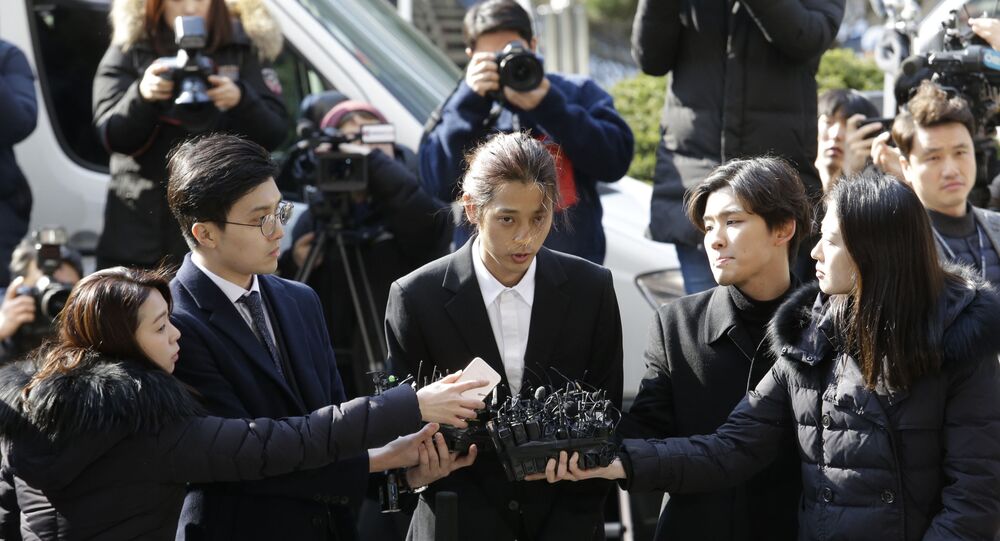 Several South Korean singers and public personalities have been embroiled in a sex scandal amid their alleged participation in an aggravated rape back in 2016, with the final verdicts in the case expected to be made by the end of November.

K-pop star Jung Joon-young could face up to seven years in prison following a prosecutor’s request on 13 November based on charges of gang rape and spreading filmed footage of the alleged incident, Soompi reported.

The 30-year-old former singer and songwriter has been on trial for allegedly raping and filming an unconscious woman in a hotel room back in March 2016, along with four other suspects, including the former leader of the band F.T. Island, Choi Jong-hoon.

Jung Joon-young reportedly admitted to having sex with a woman, but denied accusations of rape. Meanwhile, Choi Jong-hoon, who has been recommended to spend five years in prison for his role in the gang rape, has denied all the charges.

And He needs some rest.

Other parties in the case have been requested to spend up to 10 years in jail, with all of the aggravated rape suspects potentially facing treatment and rehabilitation as sexual offenders, as well as a 10-year ban on working with minors. The prosecution stated that its demands were based on the fact that “settlements have not been reached with the victims”.

© Blogger photo / Instagram/rabi.fairy
Top 6 Artists Who Quit Showbiz in Wake of Swirling Sex Scandals
The final verdict and sentencing will be made on 29 November.

In March of this year, Jung Joon-young, who gained recognition following his participation in the reality TV talent show Superstar K4 back in 2012, publicly admitted to filming sexual acts with women without their permission and then sharing it in a chatroom. The K-pop singer also stated that he “didn’t feel a great sense of guilt” over his actions at the time, but issued a public apology and retired from the entertainment industry following his confession.