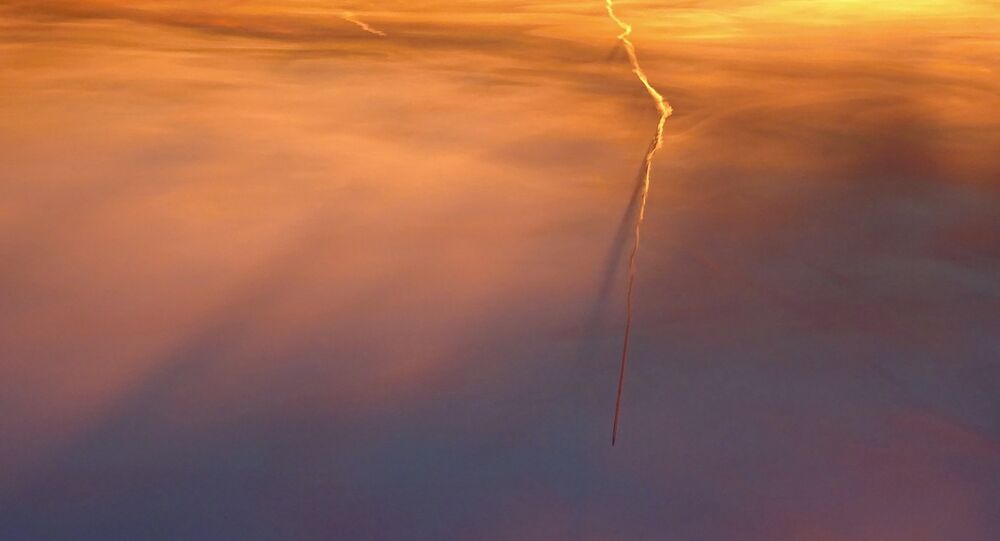 New Delhi (Sputnik): India issued an all-out alert along the entire Indo-Pakistan border and Line of Control on Thursday after Pakistani drones allegedly dropped arms and ammunition in the border state of Punjab recently.

The Indian Army and Border Security Force (BSF) - which guards the international border - said that troops and observation posts have been asked to maintain a high level of vigilance over similar air-intrusions in the future.

"It is a new modus operandi of Pakistan to smuggle arms, ammunition and explosives [into] India for triggering terror. We have activated our forces to keep a hawk's eye on movement of drones along the IB (International Border)", Indian news agency PTI quoted BSF officials as saying.

BSF - which guards over 180km of the IB with Pakistan, asked the troops to shoot down any drone intruding into Indian airspace.

The Indian Army has also issued the highest level of alert after military intelligence suggested at least 500 terrorists across the border are ready to infiltrate the boundary soon.

On Wednesday, the Indian Army's top commander said that low capacity drones have been used by Pakistan to airdrop arms onto Indian Territory.

"So, there is no need to worry", South Western Command chief Lt. Gen. Alok Singh Kler said, adding that the systems and radars of the Indian Armed Forces are in place to hunt down any such activities in the future.

"And any military use of any drone, which comes to our side will be shot down by the capabilities of the Indian Air Force and the Army", the commander added.

On Wednesday, Indian intelligence agencies revealed that Pakistan had used Chinese drones with 10kg payloads to drop weapons on eight separate occasions in the Indian state of Punjab.

The Chinese-manufactured drones were reportedly sent by Pakistan-based Khalistani terror groups between 9 and 16 September.

Tensions between the nuclear-armed neighbours escalated in February this year after the Indian Air Force carried out an airstrike in Balakot inside Pakistan to destroy alleged terror infrastructure. The following day, Pakistan retaliated and shot down one Indian fighter jet. The tensions resurfaced in the first week of the August, after New Delhi revoked Jammu and Kashmir's special status. Pakistan, which claims to be a stakeholder in the Kashmir issue, reacted furiously to India's move. Islamabad downgraded diplomatic ties with New Delhi and expelled the Indian envoy. Pakistan also suspended trade and communications with New Delhi and mounted a diplomatic offensive.