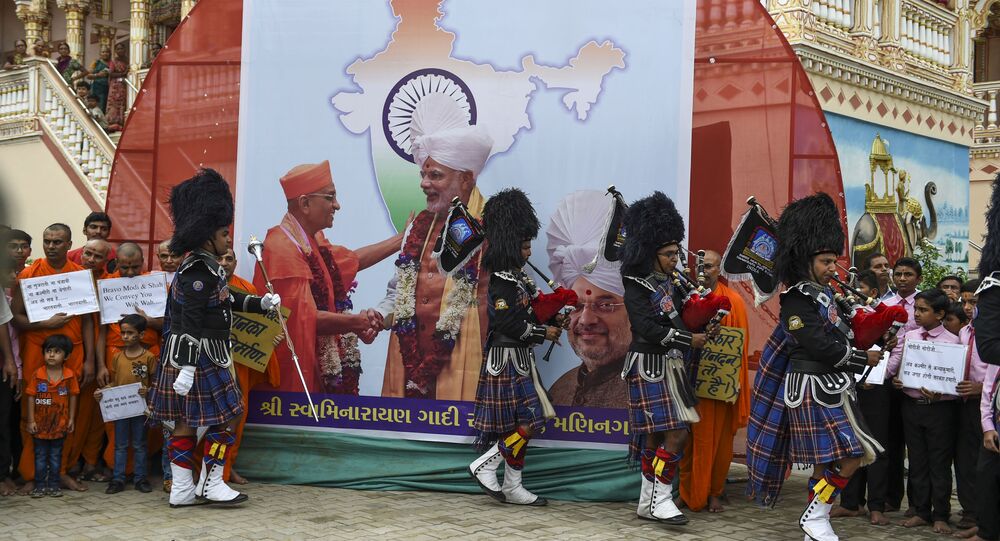 New Delhi (Sputnik): Indian Parliament cleared historic legislation to withdraw special status to the restive Jammu and Kashmir and bifurcate it into two federally administered territories. The upper house of Parliament, the Rajya Sabha passed the legislation on Monday 5 August, and the lower Lok Sabha okayed it on Tuesday 6 August.

The resolution to amend Article 370 of Indian Constitution passed with 351 votes in favour and 72 against, and one abstention. The legislation for bifurcation of Jammu and Kashmir received 366 votes in favour, while 66 voted against and one abstained from voting.

Concluding the debate in the Lok Sabha, India's Home Minister Amit Shah claimed, Article 370 benefitted none, but hindered the growth and development of the state and was anti-women and pro-terror. He said 41,500 people had lost their lives to terrorism in the state since independence in 1947.

Article 370 granted the state its own constitution and the state government had decision-making powers on all matters barring Defence, Communications, Foreign Affairs and Currency. The provision was brought in as a key condition for the accession of the territory to India in 1947.

Meanwhile, Pakistan Prime Minister Imran Khan has warned, the move will further fuel fire in Kashmir. Addressing a joint session of Pakistan Parliament, he warned India against aggravating the Kashmir crisis, saying in the event of any conflict, both sides will suffer the consequences, as will the entire world.

India and Pakistan have both laid claims to Kashmir since the end of Britain's rule in 1947, but control only parts of the former state. Jammu and Kashmir – India's only Muslim-majority state – has been a flashpoint of an Islamist insurgency for several decades now. New Delhi accuses Islamabad of supporting terrorists who seek secession from India, which Pakistan denies.