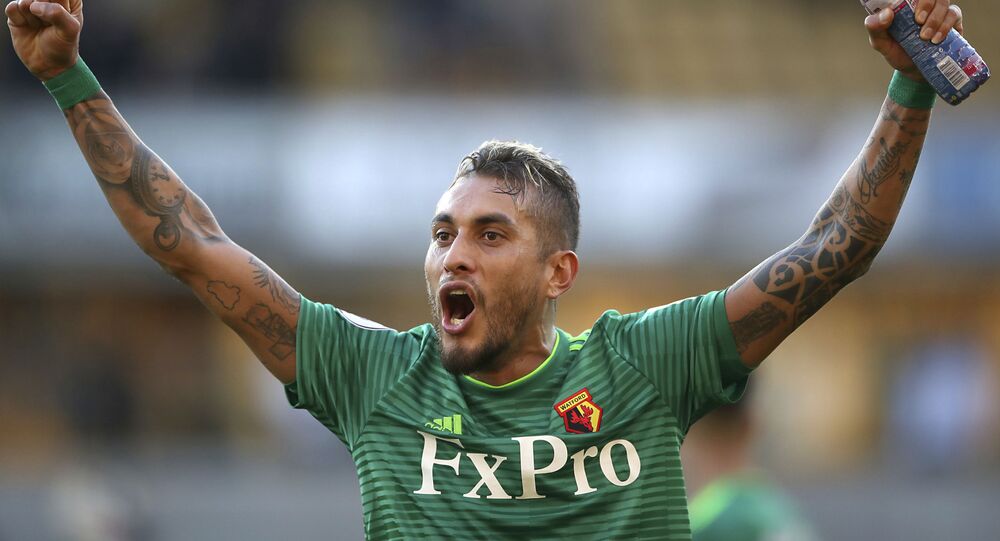 In the video, shared with a "Happy Independence Day" caption by Watford FC official Facebook page, the footballer can be seen dancing with Indian model and social media influencer Radhika Bangia.

A large segment of ecstatic Indians is heaping praise on the 28-year-old Argentine footballer after watching him groove to Bollywood tunes.

Fans of Shah Rukh Khan, who was recently awarded for “Excellence in Cinema” in Melbourne, took to twitter hailing the star.

Spread THIS 🤘
& show The Reach of Word's Biggest Star.

In another video shared on the occasion of Independence day by the Watford football club, Roberto Pereyra can be seen dancing to Daddy Yankee “Shaky Shaky” with Bangia.

Watford was sent to play Premier League campaign with Everton on 17 August. Watford finished 14th in the Premier League in the previous season with 11 wins, eight draws and 19 losses.