Earlier media reported that Google had suspended its business operations with Huawei, including the transfer of hardware, software and technical services, as well as the Chinese giant’s access to updates of its Android operating system.

The Chinese company reportedly told potential partners that by the end of 2018 it would have 50 million Europeans using its own app store, rather than Google’s, and is said to have been involved in talks with European wireless carriers about spreading the new app store further.

Huawei has yet to comment on the story which comes shortly after reports that big-name US tech companies, including Intel, Qualcomm, Xilinx, and Broadcom, had cut off the supply of their software and gear to the Chinese giant in the wake of the US government adding it to a trade blacklist last week.

© REUTERS / Dado Ruvic
Huawei Founder: US 'Underestimates' Company, 5G Plans Not Affected - Reports
In addition, Google is said to have severed its dealings with Huawei, suspending the supply of hardware and some software services except those publicly available via open source licensing.

Huawei phones, which run on Google’s Android operating system, are also expected to lose access to updates to some popular apps, but the existing devices will be safe from upcoming restrictions.

Commenting on the decision on Tuesday, Huawei’s vice-president said that the US move has become a challenge for the Chinese tech giant, Google, and the industry as a whole. The top official stressed that the company would do everything to mitigate the negative consequences of the US decision. 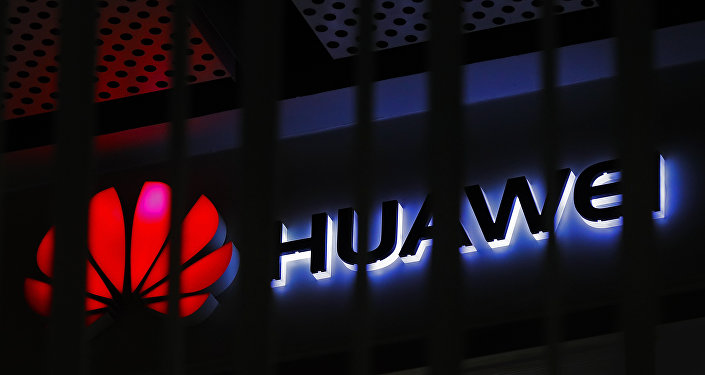 © AP Photo / Andy Wong
US Tech Giants Join Google in Cutting Off Ties With Huawei − Reports
Separately, US President Donald Trump has directed the Commerce Department and other relevant US agencies to devise a plan to ban American companies from using telecommunications equipment made by foreign manufacturers that are “deemed to pose a national security risk”.

The developments around Huawei come amid the ongoing trade war between China and the United States. Over the past several months, Huawei has been hit with allegations that it’s been spying on behalf of the Chinese government and stealing commercial information.

The telecom giant has consistently dismissed the accusations, stressing that it is independent of the government and sees no reason for restrictions on developing its 5G networks in any country.  The United States, New Zealand, and Australia have already barred Huawei from building its 5G mobile phone network in said countries, citing security concerns.