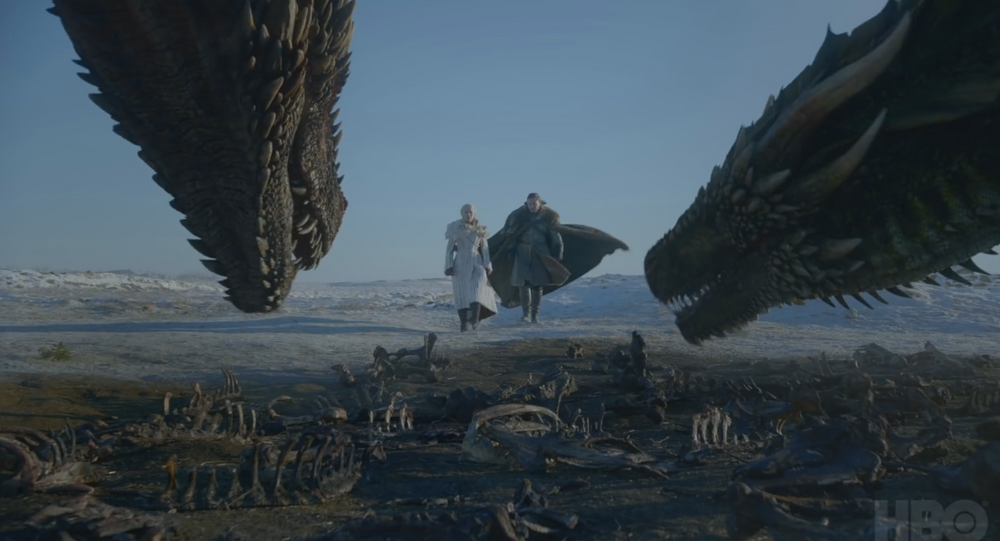 Speculation and frustration flooded social media Monday as “Game of Thrones” fans in China were informed the streaming company Tencent Video could not air the show’s finale due to an alleged “media transfer issue.”

An hour before the series finale of HBO's "Game of Thrones," viewers in China were notified by Tencent Video, the country's largest streaming service and exclusive broadcaster of the show there, that the episode would not premiere at its regularly scheduled time.

"Dear users, we regret to inform you that the sixth episode of the eighth season of Game of Thrones will not go online at the intended time due to media transfer issues," Tencent's Weibo post reads. "We will notify you of another broadcasting time."

The announcement immediately sparked an uproar on social media, and subscribers to the streaming provider were quick to voice their grievances and demand refunds.

"Who can tell me what media transfer issue is?" one subscriber asked in response. "Tencent Video want us to renew membership after this?"

Tencent Video subscribers currently pay 198 yuan ($28.64) a year to access the platform, but the price of missing the finale in real-time cost more to some.

"I took a day off work just to watch the finale! Should I head back to the office or not?" a peeved fan questioned the company.

Another unhappy Tencent Video customer complained that "due to your delay, the ending has been spoiled for me. I specifically purchased the membership for the purpose of avoiding spoilers."

Some initially blamed the block on censorship, as the show's explicit scenes and extreme gore is cut before it streams in China, past episodes at least made it to air.

Not long after the finale aired, an HBO spokesman told the Wall Street Journal that China had restricted the showing due to the ongoing trade dispute between Washington and Beijing. The representative also said that HBO did not experience any problems related to Tencent Video's alleged "media transfer issue," at least on their end.

It's unclear whether or when the finale will be available for the show's viewers in China, but by the looks of social media, Tencent Video, which reports 89 million customers, will see a decline in renewed subscriptions if users keep their promises.

The ongoing US-China trade war has brought about numerous rounds of tit-for-tat trade duties between the two governments that are now beginning to impact individuals' everyday lives in both countries.