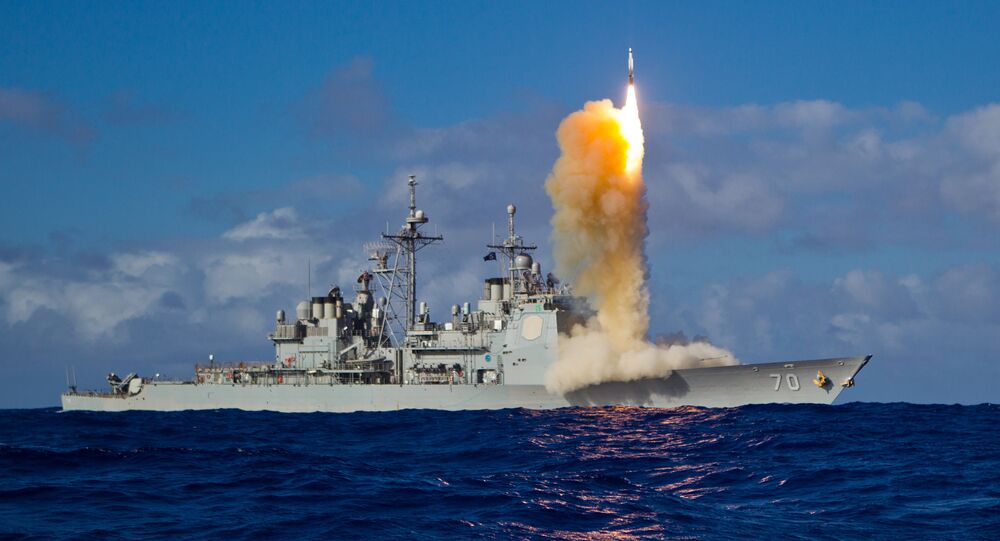 Marine Corps Gen. Frank McKenzie, the new head of US Central Command, said on Wednesday that while the US doesn’t seek a fight with Iran, it won’t shy away from one, either. “If a fight is to be had …. It won’t be a fair fight,” McKenzie said.

"The long-term, enduring, most significant threat to stability in the Central Command AOR [area of responsibility] is Iran and the Iranian regime's malign ambitions across the theater and indeed globally," McKenzie told an audience at the neoconservative think tank Foundation for Defense of Democracies on Wednesday. As CENTCOM chief, McKenzie oversees US military forces and their deployments across a broad expanse of southwest Asia and northeastern Africa, including in Syria, Iraq, Iran and Afghanistan.

"We're not seeking a fight with the Iranian regime, but we do have a military force, this design to be agile, adaptive, and prepared to respond to a variety of contingencies in the Middle East and around the world," McKenzie said. "Iran should not confuse our deliberate approach with an unwillingness to act… If a fight is to be had, we will be fully prepared to respond and defend our interests. And it won't be a fair fight."

McKenzie said the recently announced deployment of the aircraft carrier USS Abraham Lincoln and its battle group to the Persian Gulf, a narrow waterway between Iran and Saudi Arabia, sent a "clear and unmistakable message to the Iranian regime that any attack on US interests will be met with unrelenting force."

The US has also sent a task force of four B-52 Stratofortress bombers to the region, with the massive nuclear-capable planes arriving at the US Air Force's Al-Udeid Air Base in Qatar on Wednesday.

On April 8, the White House formally designated Iran's Revolutionary Guard Corps (IRGC), an elite paramilitary organization, as "not only a State Sponsor of Terrorism, but that the IRGC actively participates in, finances, and promotes terrorism as a tool of statecraft."

Tehran has slammed the declaration, with Iranian Foreign Minister Mohammad Javad Zarif noting that it was the IRGC that stepped in to help Iraqi and Syrian forces fight Daesh when the US would not.

However, despite McKenzie's tough stance, the Iranians aren't prepared to back down.

"By putting economic pressure on Iran, America wants to force us to enter talks with this country… any negotiation under the circumstances is surrendering to America, and it will never happen", General Qasem Soleimani, Chief Commander of the IRGC Quds Force, told the Fars News Agency on April 29.

Last Friday, Zarif warned that, if the situation spiraled out of control, it could lead to a war between Iran and the US. However, he noted on Fox News that he believed US President Donald Trump was being forced toward war by confrontational advisers as well as allies in the Middle East, such as Saudi Crown Prince Mohammed bin Salman and Abu Dhabi Crown Prince Prince Bin Zayed, the latter of whom leads the United Arab Emirates.

© Photo : an official website of the Iranian Presidency office
US Pushing Iran to Violate Nuclear Deal to Declare it a Security Threat – Source

Tehran has a number of measures it can use to fight back against US sanctions as well as its military posturing, including closing the Strait of Hormuz, a narrow waterway that forms the only exit from the Persian Gulf and through which 20% of the world's seaborne oil traffic passes.

Ali Golmoradi, a member of the Iranian Parliament Committee on Energy, told Sputnik on April 24 that "the closure of the Strait of Hormuz is just one of the options for responding to US actions," noting that Tehran had anticipated all possible US actions.