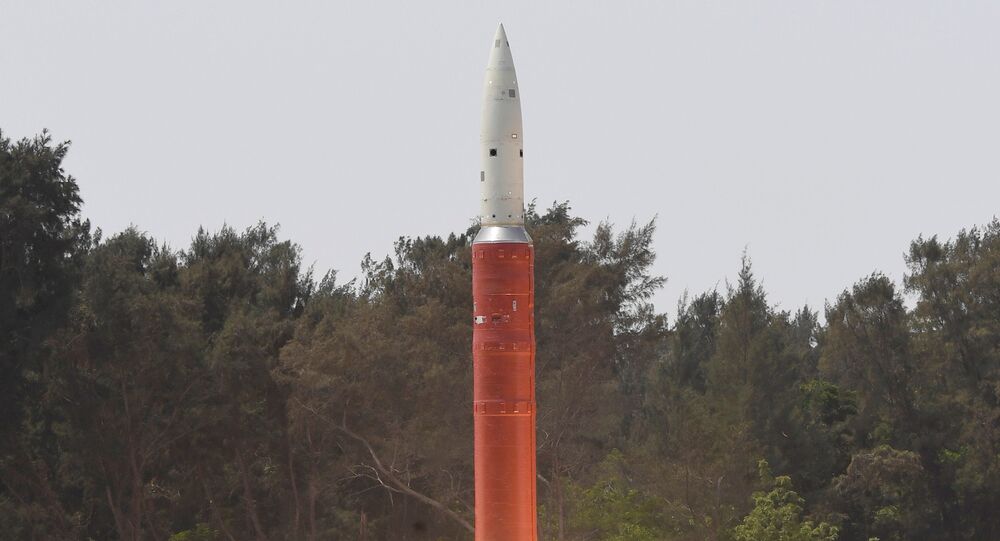 US Strategic Command chief General John E. Hyten defended India before members of the Senate Armed Services Committee, saying that the country had tested the anti-satellite missile because it needed the capability to defend itself in space. The general called for international norms of behaviour in space to curtail the dangerous debris issue.

New Delhi (Sputnik): The Pentagon has defended India's need for anti-satellite (ASAT) missile capabilities, arguing that India needs the technology as it is concerned about the "threats" it faces in space, according to Indian daily The Hindu.

Top Pentagon commander General John E. Hyten, while speaking to the Senate Armed Services Committee on Thursday, said, "The first lesson from the Indian ASAT is just the simple question of why did they do that. And the answer should be, I think to all the committee looking at it, is that they did that because they are concerned about threats to their nation from space".

General Hyten was responding to Senator Tim Kaine's question on what the US should be doing about "traffic jams" in space.

"If we think that space is going to be more of a traffic jam, more satellites for all kinds of purposes up there, what we should be thinking about as a Senate in this committee or in Foreign Relations about sort of the rules?" Senator Kaine asked.

© AP Photo / Anonymous
India to Draft Space Doctrine After Successful Anti-Satellite Missile Test
General Hyten advocated for the development of some kind of international norms of behaviour in space.

"And where those norms of behaviour should begin, from my opinion, is with debris, because as the combatant commander responsible for space today, I don't want more debris", said the top Pentagon commander.

On 27 March, India became the fourth country in the world after the US, Russia, and China to develop ASAT capabilities when it shot down its own low-orbit satellite with a ground-to-space missile.

NASA had termed India's anti-satellite (ASAT) missile test a "terrible thing", observing that it had created some 400 pieces of orbital debris, endangering the International Space Station (ISS). NASA Administrator Jim Bridenstine said that about 60 pieces were tracked and out of which 24 are going above the apogee of the ISS.