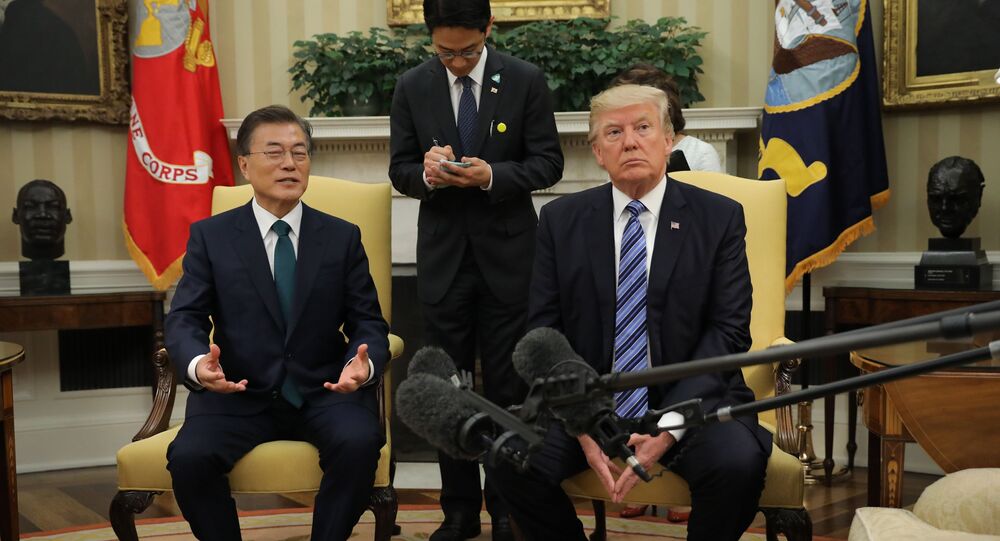 According to Yonhap, citing sources familiar with the matter, Donald Trump and Moon Jae-in will discuss the stalled denuclearisation process on the Korean Peninsula after a summit in Hanoi between the US president and North Korean leader Kim Jong-un abruptly ended in late February.

The situation on the Korean Peninsula has, however, improved significantly over the past year after Seoul and Pyongyang concluded important agreements calling for peace and stability in the region, and Kim Jong-un and Donald Trump held a historic summit in Singapore in June 2018.

In late February, Trump and Kim held their second summit in the Vietnamese capital in an attempt to give the denuclearisation process on the Korean Peninsula more momentum. The highly anticipated meeting failed to produce an accord, and the leaders left the summit earlier than planned. Negotiations fell apart after Pyongyang said it wanted Washington to lift all sanctions on the country before it started denuclearising, to which the United States could not agree.

© REUTERS / KCNA
North Korea Informs UN About Refusal to Hold WHO Regional Session Due to Sanctions - Reports
Immediately after the summit, North Korean Foreign Minister Ri Yong-ho said that Pyongyang would have dismantled all nuclear material if the United States had only removed restrictions partially.

The Korean Peninsula has been split into two nations with drastically different political and economic systems since 1948. Last year, North and South Korea made significant strides toward improving their antagonistic relations, with several rounds of talks held between their heads of state. At their summit last April, Moon Jae-in and Kim Jong-un agreed to establish a liaison office in order to enable regular communication between the two countries' officials, and last September it was opened.