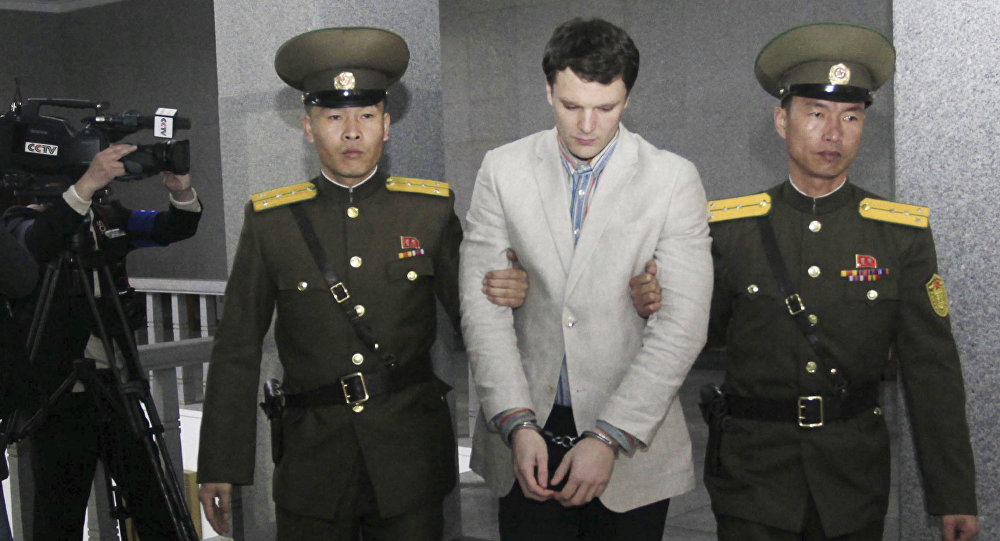 US President Donald Trump said on Twitter Friday that he continues to hold North Korea responsible for the 2017 death of Otto Warmbier, a US college student who died shortly after being returned to the US following a prison sentence in North Korea for theft.

"I never like being misinterpreted, but especially when it comes to Otto Warmbier and his great family," Trump wrote on Twitter Friday. "Remember, I got Otto out along with three others. The previous Administration did nothing, and he was taken on their watch."

"Of course I hold North Korea responsible for Otto's mistreatment and death," Trump continued. "Most important, Otto Warmbier will not have died in vain. Otto and his family have become a tremendous symbol of strong passion and strength, which will last for many years into the future. I love Otto and think of him often!"

At a peace summit in Hanoi, Vietnam, with North Korean leader Kim Jong Un earlier this week, Trump said Kim told him "that he didn't know about [Warmbier's mistreatment] and I will take him at his word." He said Kim "felt very badly. But he knew the case very well, but he knew it later." He later said that "something very bad happened" to Warmbier, who was returned to the US in a comatose state caused by what North Korean officials said was botulism and a sleeping pill.

In December, a US federal judge ordered the socialist country to pay more than $500 million to Warmbier's parents in a wrongful death suit, AP noted. US District Judge Beryl Howell, who presided over the case, harshly condemned North Korea for "barbaric mistreatment" of the tourist, who North Korean officials said stole a political poster from a restricted area. He was sentenced in 2016 to 15 years' hard labor in North Korea.