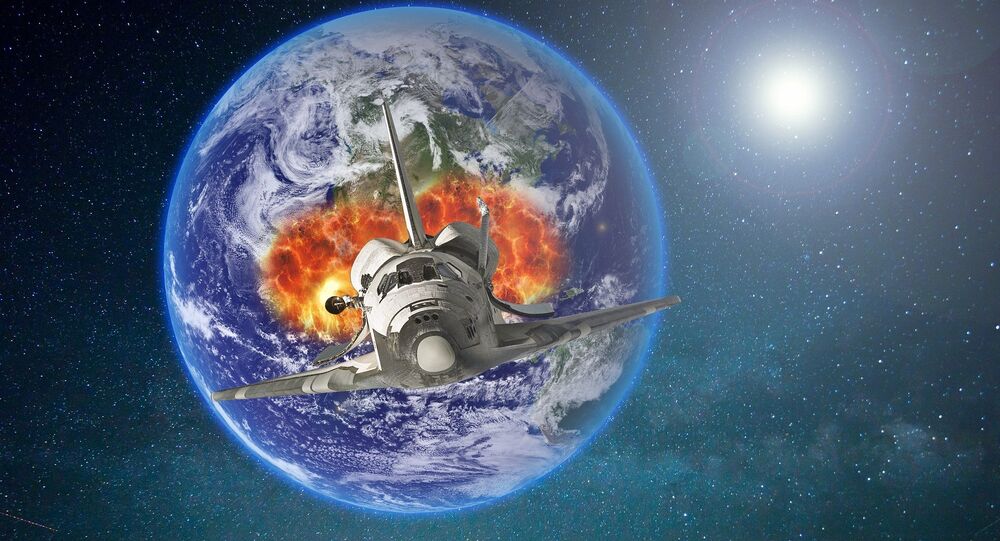 US President Donald Trump's recent call for the creation of a new space agency within the Pentagon caught the attention of Chinese officials this week, and Beijing is stressing its concern that the US will weaponize space.

Hua Chunying, a spokesperson for the Chinese Foreign Ministry, said on Wednesday that the move by the Trump administration would turn space into a "new battleground."

"China has consistently proposed the peaceful usage of space and opposes the weaponization of space and a space arms race," Hua said at a press briefing, AFP reported. "We oppose even further turning space into the new battleground."

Trump on Tuesday called for the establishment of "Space Command," a new US Department of Defense branch that would effectively have control over US military operations in space. The new command follows Trump's June proposal for a Space Force, a new military branch that would fall in line with the likes of the US Army, Air Force, Navy and Marine Corps.

"I direct the establishment, consistent with United States law, of United States Space Command as a functional Unified Combatant Command," Trump wrote in a one-page memo to US Secretary of Defense James Mattis.

"I also direct the Secretary of Defense to recommend officers for my nomination and Senate confirmation as Commander and Deputy Commander of the new United States Space Command."

Aside from overseeing space operations, the immediate goal of the agency will also be to determine effective ways in which US servicemembers can protect US satellites used in ground operations.

The move still needs to be approved by Congress, and experts have noted that money matters could keep lawmakers from giving the thumbs up for the new command.

"You're taking the existing space platforms and systems and diverting it to create the necessary bureaucracy to create an additional separate force," Richard Aboulafia, a defense industry analyst with the Teal Group, told the Boston Herald.

"There's nothing about this move that's actually going to grow that market in and of itself."

It's estimated that the new command could cost as much as $800 million over the next few years, according to reports. Funding for the agency is expected to be included in the budget for fiscal year 2020, AP reported.