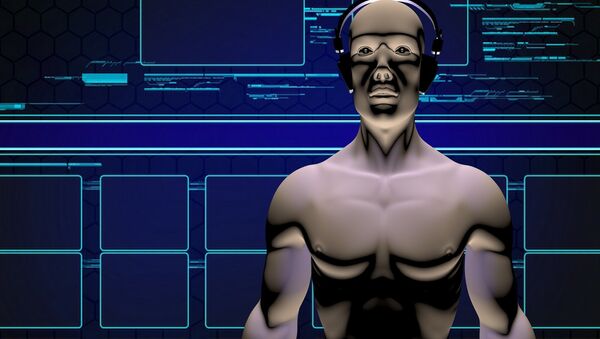 TOKYO (Sputnik) - Japan's defense guidelines for a decade to come, which the country's government approved on Tuesday, envisage creating space and cyberdefense units, while the application of artificial intelligence will be expanded.

"Given birth rate reduction and population decline, defense capability maintenance and enhancement calls for staff reinforcement more than ever before. It is necessary not only to attract talented staff, but also to use advanced technologies, such as artificial intelligence, among others," the document read.

An unmanned aircraft department will be created in order to enable permanent control of the air space and information gathering in "remote regions."

The space and the cyberspace have never been tackled in Japanese defense guidelines before.

"To hold operations… in such new areas as space, electromagnetic waves, and cyberspace, it is necessary to strengthen joint control. For constant supervision of space, for impeding rivals' command and information transmission, and also for… maintaining leadership in cyberspace use, it is necessary to create a special space unit within the air-force defense units, and to boost its joint control," the document read.

A cyberdefense unit will also be created in order to maintain permanent control of information communications sphere, and also to prevent rivals from using cyberspace for attacks on Japan and to "radically boost cyberdefense capabilities."

Under the plan, two helicopter carriers Izumo will be refitted as aircraft carriers.

"In order to improve flexibility of fighter jets operation and, in particular, strengthen the air defense posture… we will upgrade Maritime Self-Defense Force's multipurpose helicopter destroyers (Izumo-class) so that [US F-35B] fighter jets capable of short take-offs and vertical landings (STOVL) could be deployed when necessary, for example for emergency response to aerial attacks, monitoring, training and disaster response," the text of the five-year midterm defense buildup program read.

According to the guidelines, the revision of the country's defense plan comes amid deteriorating security environment caused by China's rapid military buildup and remaining threat coming from North Korea's ballistic missiles launches.

"Under the drastically changing security environment the government will make every effort to protect the Japanese people and their peaceful lives in accordance with the National Defense Program Guidelines," Japanese Chief Cabinet Secretary Yoshihide Suga told a briefing.