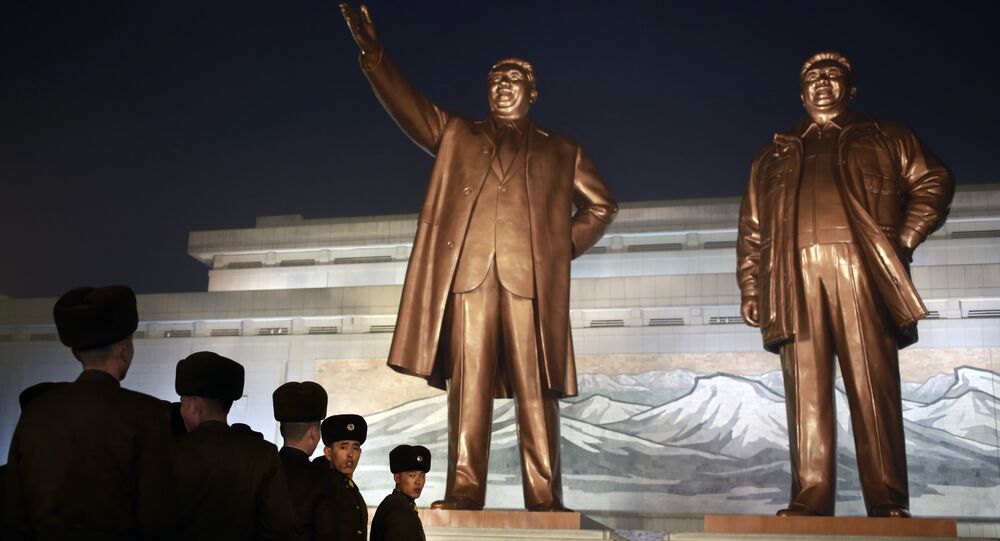 Pointing to lessons of the past, North Korea has admonished the White House to ‘take a sincere approach’ in its diplomatic dealings with the northern Asian nation.

KCNA
Kim Jong-un "Nuke" Beauty Mask Blows Up South Korean Market, Stirs Controversy
The People's Democratic Republic of Korea (DPRK) on Sunday released a statement through the nation's state-run Korean Central News Agency (KCNA), reminding the administration of US President Donald Trump not to use the lessons of past diplomatic failures on the part of Washington foreign policy to get Pyongyang to end its nuclear weapons program.

Heavy-handed tactics — in the form of new sanctions and increased pressure — seeking to force the DPRK to abandon its nuclear weapons program will fail, stated Pyongyang on Sunday, according to a Bloomberg report.

"The US should realize before it is too late that ‘maximum pressure' would not work against us," according to KCNA, adding that the Trump administration must "take a sincere approach to implementing the Singapore DPRK-US Joint Statement."

The KCNA statement cited a document released by a policy research director with Pyongyang's Institute for American Studies at the Ministry of Foreign Affairs.

"President Trump avails himself of every possible occasion to state his willingness to improve DPRK-US relations," noted the statement, while pointing out that US State Department representatives are "instead bent on bringing the DPRK-US relations back to the status of last year which was marked by exchanges of fire," cited by Bloomberg.com.

Taking the slow approach, Pyongyang has promoted a baby-steps policy "of resolving what is feasible one by one, by giving priority to confidence building," according to the Sunday KCNA statement, even as pundits and policy watchers avow the unlikelihood of DPRK denuclearization.