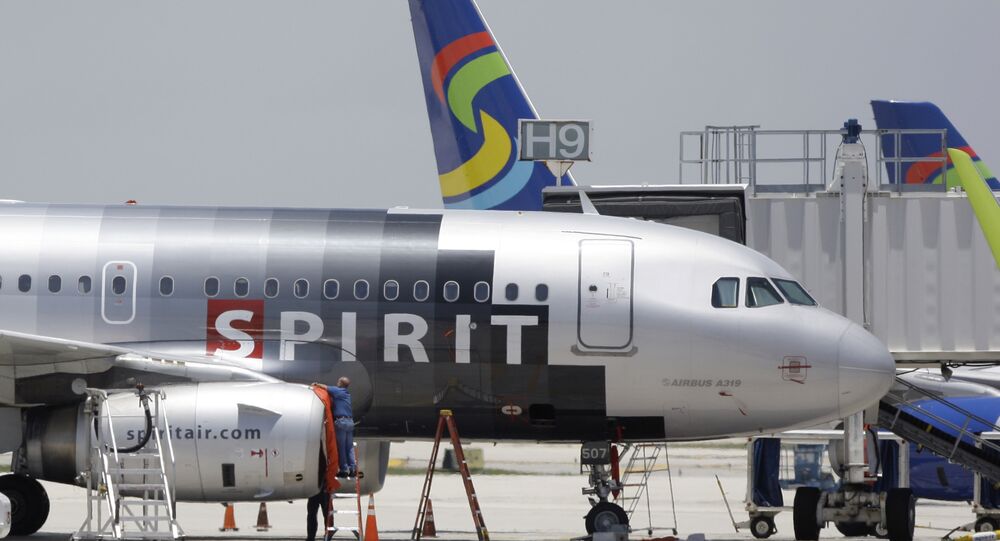 A careless moment has proved too costly for an Indian man on a US work visa. He is now facing deportation from the US, but not without serving a nine-year prison sentence.

New Delhi (Sputnik): An Indian man named Prabhu Ramamoorthy has realised, to his dismay, that non-consensual groping comes with unpleasant consequences. He now faces a nine-year prison sentence and then deportation from the US for his anonymous groping endeavour on an overnight US domestic flight.

As per the Associated Press, Mr Ramamoorthy was on a Spirit Airlines flight from Las Vegas in January when he sexually groped a model sitting next to him.

© AFP 2021 / Philippe Huguen
Google Covers Up Sexual Misconduct by Its 'High and Mighty' – Reports
Testifying against him, the 23-year-old model said that she was petrified and felt frozen when she awoke during the overnight flight to find Mr Ramamoorthy's hands inside her private parts. At the time of sentencing, she was present in the court with her boyfriend and her dog. She did not comment at the sentencing though.

The jury trial ended with Mr Ramamoorthy's conviction. US district judge Terrence Berg sentenced him to a prison tenure of nine years after which he will be deported to India.