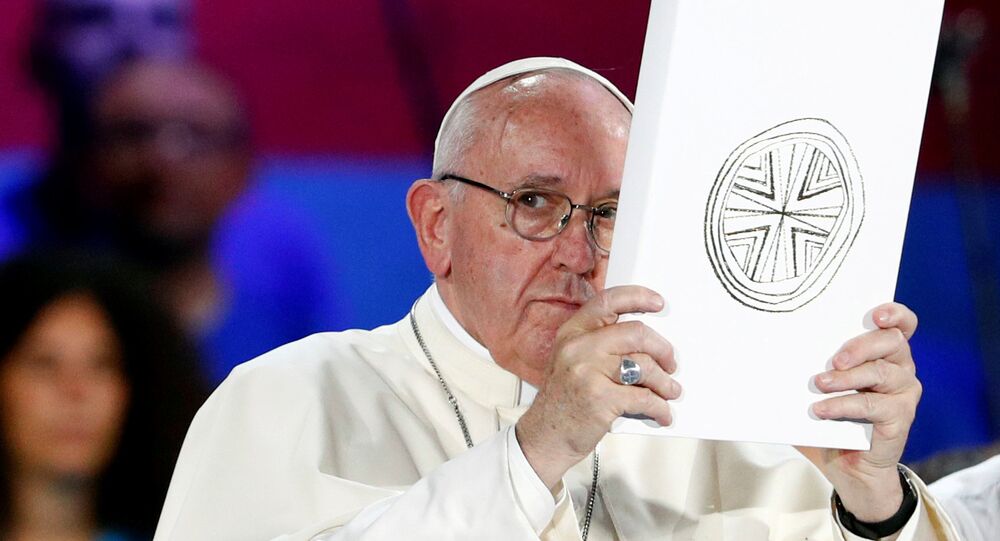 In June this year, a nun in India’s southern state of Kerala filed a police complaint against Bishop Franco Mulakkal, accusing him of rape. This case has stoked controversies ever since over maligning of the victim and lack of adequate action against the accused. Recently, both parties have written to the Vatican on the matter.

New Delhi (Sputnik) — A nun of the Missionaries of Jesus who has accused Bishop Franco Mulakkal of raping and having unnatural sex with her multiple times over a period of two years, has written to the Vatican seeking justice and the bishop's removal from the diocese of Jalandhar, which he is currently heading.

In her seven-page letter addressed to the pope, routed through the Apostolic Nunciature of India, the victim nun has alleged that she suffered sexual abuse by the bishop and is now enduring trauma as fallout of speaking up. Reports suggest that the Vatican is likely to initiate a probe into the matter.

© CC0
Nun Accused of Selling Babies in Charity Home Established by Mother Teresa
She had first complained to the head of the Kochi based Syro-Malabar Church. After the church failed to address the alleged case of sex abuse, the nun filed a police complaint.

Subsequently, the investigating police officer filed an affidavit in the Kerala High Court, stating that, "During the course of the investigation so far conducted and the available evidence collected so far, it is revealed that the accused Bishop Franco committed an unnatural offense and committed rape repeatedly on different dates."

Despite the police reports, there hasn't been any action against Bishop Mulakkal, who heads the diocese of Jalandhar, in northern India. The supporters of the victim have started an indefinite public protest claiming that the probe is being delayed, as the accused is a senior and influential member of the Christian clergy.

Meanwhile, the victim has also had to endure outrageous remarks and actions. Independent Kerala Legislative Assembly member P.C. George called her a "prostitute." He was later summoned by the National Commission of Women.

​The Missionaries of Jesus published the name and photograph of the victim along with a press release stating that the bishop is being framed. A criminal case has been registered against the Jalandhar based church for revealing the victim's identity, which is prohibited in India.

The accused bishop has also sent a letter to the Vatican envoy in India seeking recusal from his duties, as he has been summoned to appear before Kerala police for further investigation.