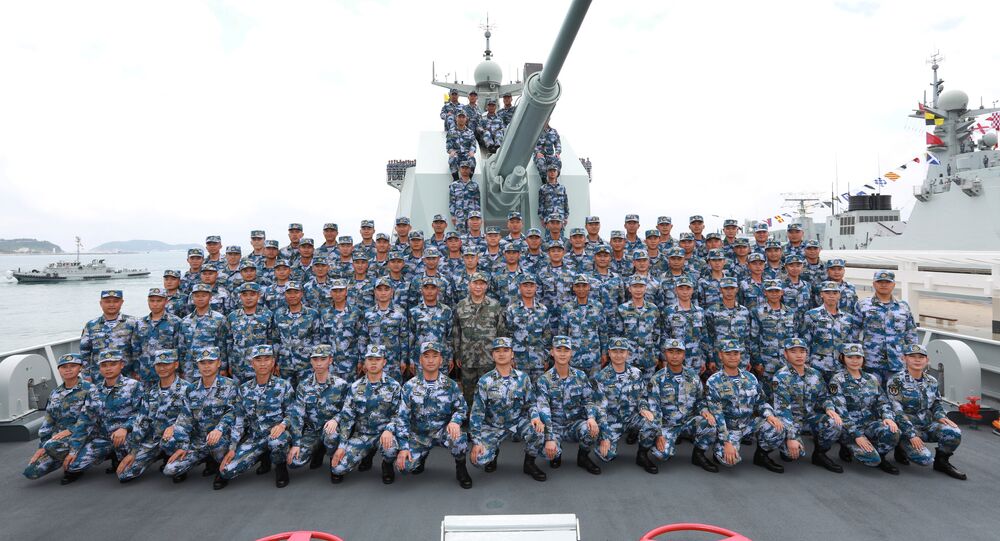 Beijing currently controls the vast majority of islands, reefs and shoals in the South China Sea, which are also claimed by a number of other nations in the region, including Taiwan, the Philippines, Vietnam, Cambodia, Malaysia, Indonesia and Brunei.

Philippines President Rodrigo Duterte has warned Washington against bickering with Beijing over the South China Sea, which he conceded is already possessed by China.

"China is already in possession [of the South China Sea]. It's now in their hands. So why do you have to create frictions […] that will prompt a response from China? That's a reality, and America and everybody should realise that China is there," Duterte told journalists on the sidelines of the Association of Southeast Asian Nations (ASEAN) summit in Singapore.

He also suggested that the South China Sea-related conflicts could best be settled by means of direct talks between China and the ASEAN countries.

Such negotiations should be held without the US and its allies, which fuel tensions by conducting "freedom of navigation exercises," according to Duterte.

"Everything's been excellent between China and the rest of ASEAN, except for the fact that there's friction between the Western nations and China," he pointed out.

His remarks came after leaders of ASEAN countries adopted a binding code of conduct on the South China Sea, in a move that was earlier initiated by Washington.

Although the US has repeatedly voiced concern over Beijing increasing its clout in the South China Sea, it mostly limited its reaction to verbal reproach.

© AFP 2021 / MLADEN ANTONOV
US Congress Demands Regular Reporting on Chinese Actions in South China Sea
The war of words come as US Navy ships continue to carry out "freedom of navigation" operations in the South China Sea, with US Air Force bombers sometimes conducting "flyovers" over the area.

Apart from China, the Spratly Islands and Paracel Islands, which are among the more frequently disputed territories, are also claimed by Taiwan, Vietnam, Malaysia and the Philippines. China has exerted de facto control over the Paracels since 1974.