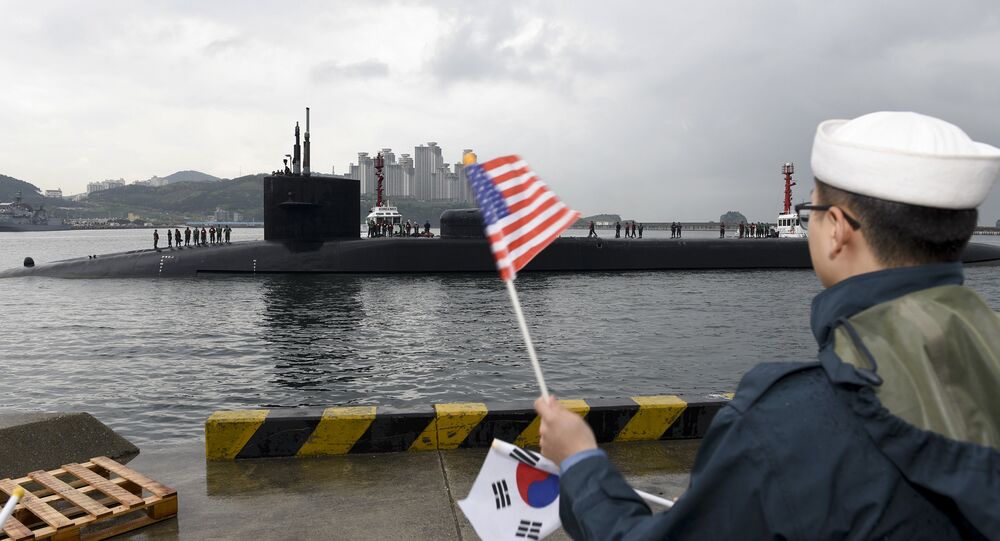 TOKYO (Sputnik) - The administration of South Korean President Moon Jae-in has denied reports that Seoul allegedly made an offer to the United States to take out North Korea's nuclear weapons and transfer them to another country, the Yonhap news agency reported.

"The article of the Asahi newspaper, saying that on April 24, the presidential secretary for security Chung Eui-Yong allegedly suggested taking out North Korea’s nuclear weapons to US National Security Adviser John Bolton, is absolutely not true," Senior Presidential Secretary for Public Affairs Yoon Young-chan told reporters, as quoted by the Yonhap news agency.

He added that the presidential administration was considering a response to Asahi's false reports.

On a previus occasion Japan’s Asahi newspaper reported, citing its sources, that South Korea told the United States that it could remove most of the nuclear weapons and materials from North Korea.

© REUTERS / Korea Summit Press Pool
North Korea Won't Hold Talks With South Unless 'Issues Resolved' - Reports
Despite the improvement of the situation on the Korean Peninsula, Pyongyang canceled the inter-Korean negotiations which were scheduled for May 16, following the launch of the annual South Korea-US Max Thunder air drills.

During the historic summit in April in the truce village of Panmunjom, South Korean President Moon Jae-in and North Korean leader Kim Jong-un signed a joint declaration, agreeing to take measures to support international efforts aimed at denuclearization of the Korean peninsula and proceed with the reunion programs for separated Korean families.