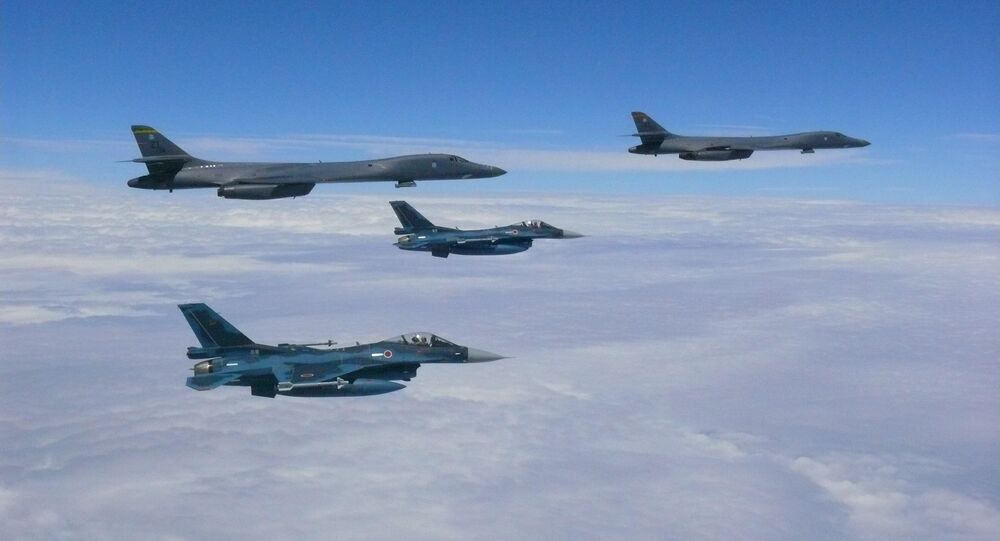 North Korea has warned the US against holding planned military drills with South Korea.

The official newspaper of North Korea's ruling Workers’ Party, Rodong Sinmun, has accused the US of trying to hamper the “thaw” in relations between North and South Korea.

“If the ongoing thaw in inter-Korean relations comes to a dead stop, the US would have to take full responsibility for the aftermath,” North Korea's daily said, according to The Korea Times.

The news piece, titled “Provocations from war fanatics,” warned the United States  against resuming joint military drills with Seoul, which have been postponed until after the Pyeongchang Winter Games next month.

“The US has a purpose to end a thaw in inter-Korean ties immediately after the Olympic flame goes out. The US is making noise to resume its military exercises with Seoul right after the games close,” the North Korean newspaper said.

It's not yet clear when the US-South Korean military drills will take place, but some reports suggest it might be in April.

The paper also said signs of mounting tensions are again emerging, claiming that “Washington's strategic assets and massive amounts of troops are coming to the peninsula and its adjacent areas."

This month has seen a warming in the relationship between the two Koreas. The two countries marched together under a unified flag at the opening ceremony of the Pyeongchang Winter Olympics. North Korean leader Kim Jong-Un also invited South Korean President Moon Jae-in to Pyongyang, a message relayed by his sister Kim Yo-jong, who visited South Korea to attend the Winter Olympics. A possible visit by Moon to the North would enable the first summit between leaders from the two Koreas since 2007.

© AFP 2021 / Odd ANDERSEN
North Korea Uses US’ ‘Weak, Chaotic Foreign Policy’ to Advance Agenda - Expert
Previously, South Korea asked the US to suspend joint drills in the wake of the Olympics, while Pyongyang, in turn, demanded their complete cancelation.

However, the Pentagon has continued boosting forces in the region, with the US Navy, in particular, sending two guided missile destroyers for a deployment in the Indo-Pacific region.