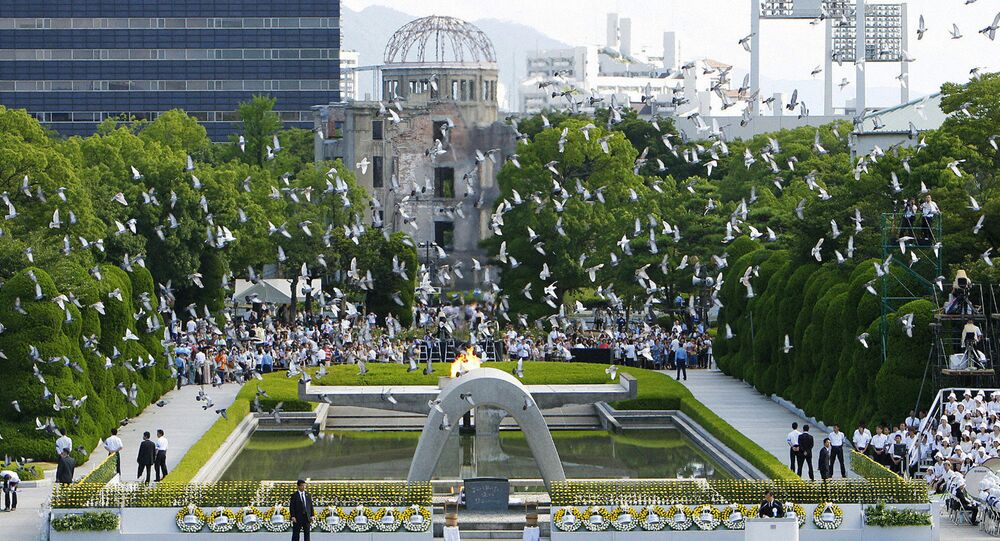 Survivors of the Hiroshima and Nagasaki atomic bombings during World War II have expressed their concerns over Trump’s freshly released nuclear policy.

Toshiyuki Mimaki, head of the Japan Confederation of A-and H-Bomb Sufferers Organizations, reminded the world of the official recognition of the so-called Hibakusha (atomic bomb survivors).

“If the president of a big power plans a nuclear build-up and modernization of its arsenal, it becomes impossible to get rid of nuclear weapons while the Hibakusha are alive. I am outraged,” Japanese national broadcaster NHK cited Mimaki as saying.

Koichi Kawana, head of the Hibakusha discussion group at the Nagasaki Peace Movement Center, believes that “the US strategy of developing small nuclear warheads that are easy-to-use lowers threshold for its use, and heightens nuclear war threat.”

On February 2, the United States released the Nuclear Posture Review, which addresses the main challenges to US national security, from Russia and China to North Korea and potential acquisition of nuclear weapons by terrorist organizations. The 2018 NPR shows President Trump’s determination to use nuclear weapons only in “extreme circumstances,” which, however, remain somewhat vague. According to James Mattis, US Secretary of Defense, “a safe, secure, and effective nuclear deterrent is there to ensure a war that can never be won, is never fought.”

The atomic bombings of Hiroshima and Nagasaki by the United States in 1945 remain the only cases in history when nuclear weapons were used in warfare. The attacks left over 100,000 people dead and thousands more severely injured.