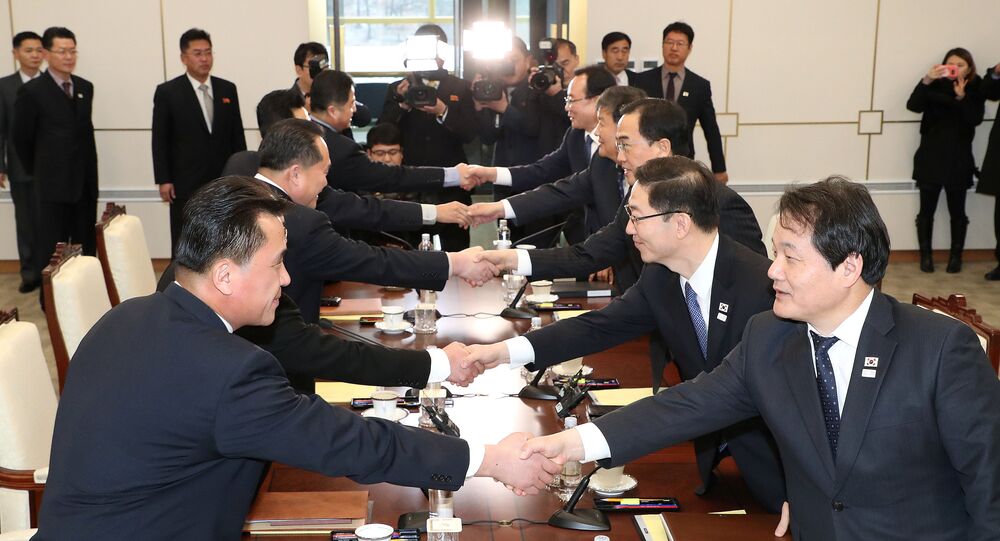 WASHINGTON (Sputnik) - A group of US Congress legislators urged US President Donald Trump on Thursday to restore military-to-military contacts with North Korea to avert misunderstandings that could trigger a nuclear war.

"North Korea is the only nuclear-armed country in the world with which we do not have a military-to military exchange of information," the letter signed by 33 lawmakers read.

The legislators wrote that Trump should prioritize this form of communication as the first step that the two nations could take toward avoiding a conflict.

© REUTERS / KCNA
White House: US Maintains 'Open Channels' With North Korea
If North Korea refuses to take part, they said, they would urge pursuit of military-to-military communication moderated by a third party. They also urged avoiding actions that could contribute to a breakdown in talks.

Meanwhile, the United States is committed to employ all military capabilities to deter possible aggressive actions by Pyongyang, the State Department said in a release on Thursday following the second US-South Korea meeting of the Extended Deterrence Strategy and Consultation Group (EDSCG).

"During the discussions, both sides agreed on the value of the EDSCG as a high-level consultation mechanism and committed to continue Alliance coordination mechanisms on extended deterrence issues," the release said. "The United States also reiterated its ironclad and unwavering commitment to draw on the full range of military capabilities to deter potential acts of DPRK aggression."

The officials agreed to hold another meeting of the EDSCG in the near future, according to the State Department.