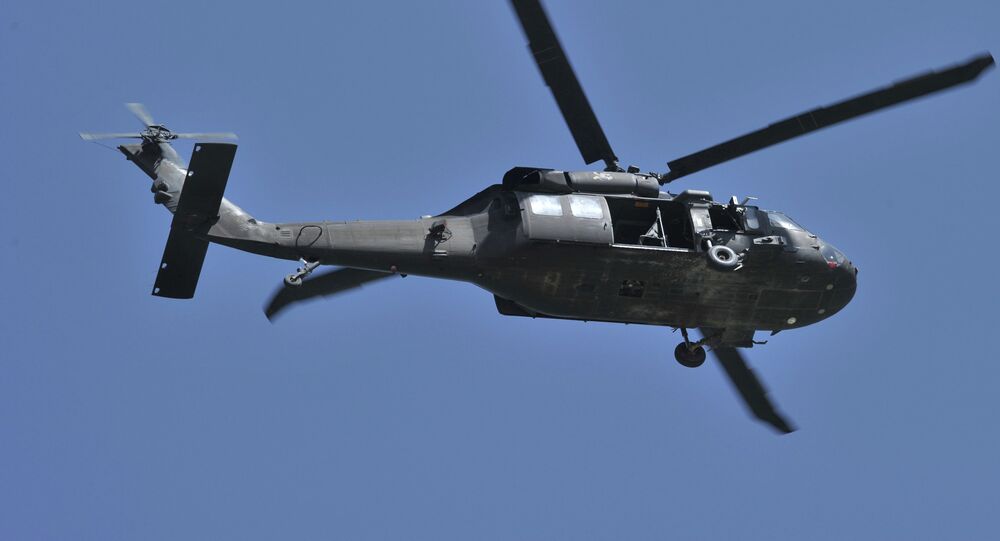 US Black Hawk Missing in Hawaii, Search Underway for Crew

A search is underway for five crew members who were aboard a US Army UH-60 Black Hawk helicopter that went down late Tuesday during a training mission two miles off the coast of Oahu, Hawaii.

A call came in to US Coast Guard officials in Honolulu around 10:08 p.m. local time Tuesday night from from Wheeler Army Airfield saying that communication had been lost with one of two 25th Combat Aviation Brigade Black Hawk crews that were training between Kaena Point and Dillingham Airfield.

The Coast Guard issued an emergency marine broadcast and launched a rescue operation with assistance from the Honolulu Fire Department (HFD). In a news release published Wednesday morning, the Coast Guard said, "A debris field was spotted near Kaena Point by the Coast Guard Hercules and Army Black Hawk aircrews at 11:28 p.m. Tuesday. Responders are currently searching for the five missing aircrewmen," according to the Honolulu Star-Advertiser.

Honolulu Fire Battalion Chief Paul Fukuda told Hawaii News Now, "We found some debris and we recovered some debris, we cannot determine where it's from. It's so spread out and with the darkness, it's hard to say how big the debris field was."

The HFD had four units respond to the incident after being called to assist the Coast Guard not long after midnight Wednesday. The units included a shoreline and sea search and a rescue boat.

Weather conditions at the site of the search include two-foot seas and winds ranging from 15 to 25 mph, according to the Coast Guard. Coast Guard responding units include a 45-foot Response Boat, an MH-65 Dolphin helicopter, an 87-foot patrol boat called the Cutter Ahi and an HC-130 Hercules airplane, along with a Black Hawk unit from Wheeler.

The Marine Corps, the Coast Guard and The Army immediately conducted a search after the first helicopter went missing around 9:30 p.m.