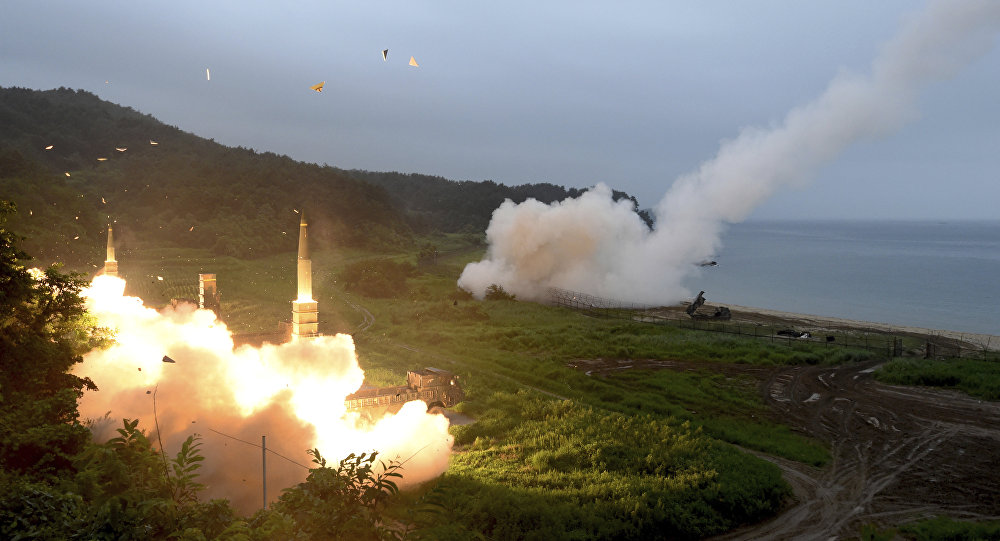 Speaking from the capital of South Korea, US Chairman of the Joint Chiefs of Staffs Gen. Joe Dunford said that despite the fact some 28,000 US troops stationed in South Korea are prepared for combat at a moment’s notice, “it would be a horrible thing were a war to be conducted here on the [Korean] peninsula.”

The military adviser said the US is "focused on coming up with a peaceful way ahead," after he met with first-term South Korean President Moon Jae-in in Seoul on Sunday, but made it clear that Washington’s military apparatus would work in unison with economic and diplomatic efforts instead of as a single force on its own.

"The military dimension today is directly in support of that diplomatic and economic effort" to push Pyongyang into slowing down and ending its nuclear and ballistic missile development efforts.

The incidence of saber-rattling and belligerent rhetorical exchanges has escalated significantly in recent weeks between the North Korea and the US, Japan and South Korea. North Korean Supreme Leader Kim Jong-un is reportedly contemplating whether to strike the US territory of Guam, which the US-led coalition has sworn to defend.

If threats of force combined with economic measures do not deter Pyongyang from nuclear weapons development, the US military will consider a "full range" of offensive measures, Dunford said. 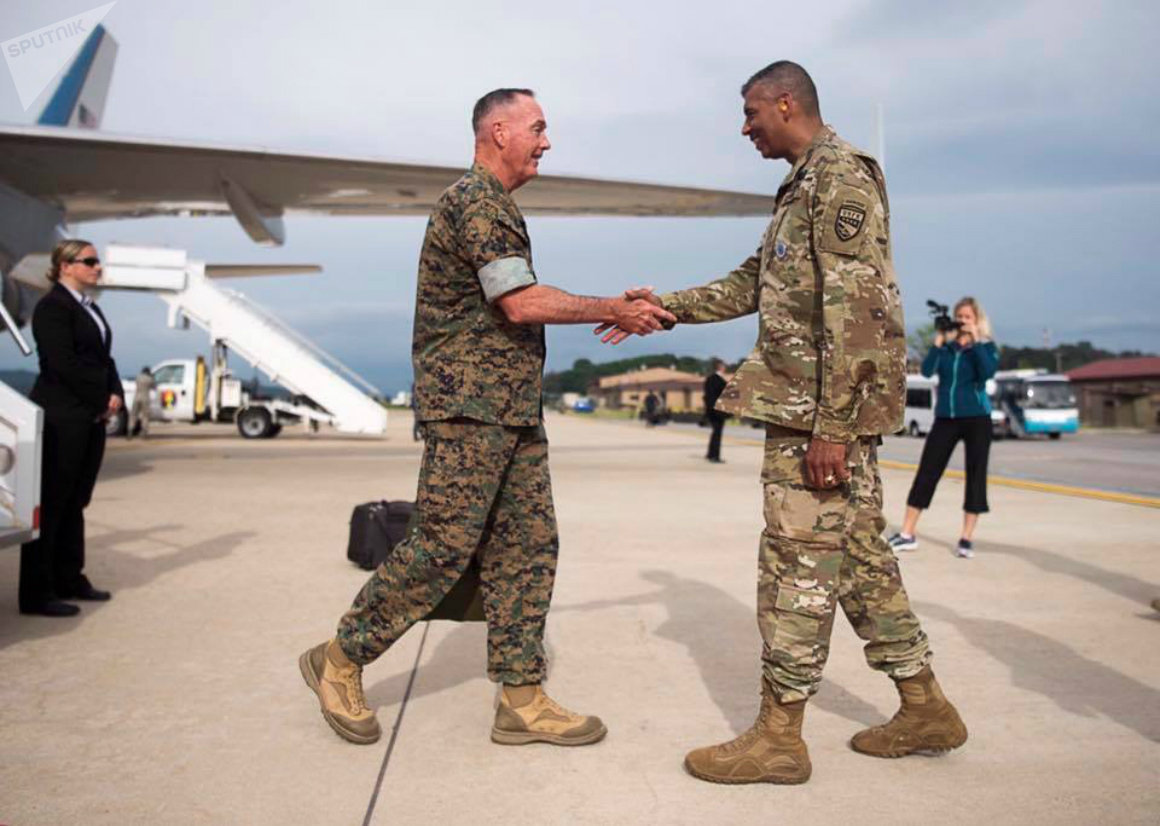 Speaking with US President Donald Trump over the weekend, Guam Governor Eddie Baza Calvo said "as the governor of Guam representing the people of Guam, and as an American citizen, I have never felt more safe or more confident than with you at the helm." Guam has been threatened at least three times since 2013, Calvo said August 10 on Fox News.

US National Security Adviser H.R. McMaster estimated that "we’re not closer to war than a week ago but we are closer to war than we were a decade ago."Last week, Russian Foreign Minister Sergey Lavrov said "The risks are very high, especially regarding the rhetoric,” adding "of course, this concerns us very much."

US Secretary of State Rex Tillerson will initiate "a very determined diplomatic effort" to keep tensions from manifesting into armed conflict, McMaster told reporters over the weekend in Washington. Meanwhile, Dunford noted that he will stop in China and Japan during his Asia trip to "sense what the temperature is in the region" as "we’re all looking to get out of this situation without a war."

US Working on Revising Missile Guidelines for South Korea - Pentagon