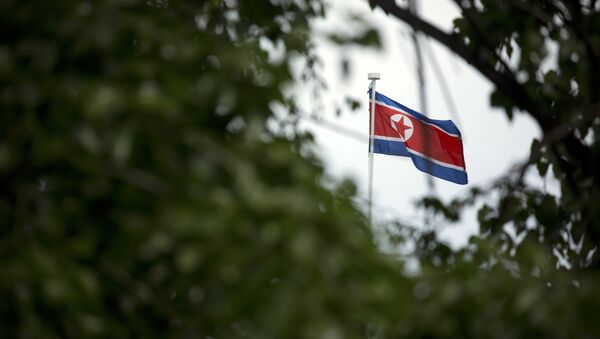 The North Korean authorities have summoned several key ambassadors to Pyongyang for envoys' meeting amid increased tensions on the Korean Peninsula in the wake of Pyongyang's missile and nuclear program and the new round of UN sanctions against the country, local media reported Monday, citing a source in the government.

MOSCOW (Sputnik) — The outlet added that the North Korean ambassadors' meetings were held almost yearly, with the last meeting taking place in July 2015.

"North Korea seems to be hosting what appears to be a meeting of foreign diplomatic missions' chiefs after calling its ambassadors to major countries back to Pyongyang," the source was quoted as saying by the Yonhap news agency.

According to the media outlet, the source said that North Korean Ambassador to the United Nations Ja Song-nam, Ambassador to China Ji Jae-ryong, Ambassador to Russia Kim Hyong-jun would take part in the meeting, however, it was still unclear who else would participate in the upcoming gathering.

Earlier on Friday the Russian Foreign Minister Sergei Lavrov stated Moscow, as well as China, opposed North Korea being in possession of nuclear weapons. He also added that Russia and China had "a whole range of proposals aimed at preventing the deepest conflict, a crisis with a huge number of human losses."

Moscow and Beijing called on Pyongyang to stop nuclear tests and urged Washington and Seoul to refrain from conducting joint drills.

Trump's Possible China Trade Crackdown: 'This is Not Time to Sour Relations'
The tensions around North Korea have been high over recent months and escalated further after the tightening of economic sanctions against North Korea by the United Nations Security Council (UNSC) on August 5 in response to July's launches of ballistic missiles by Pyongyang.