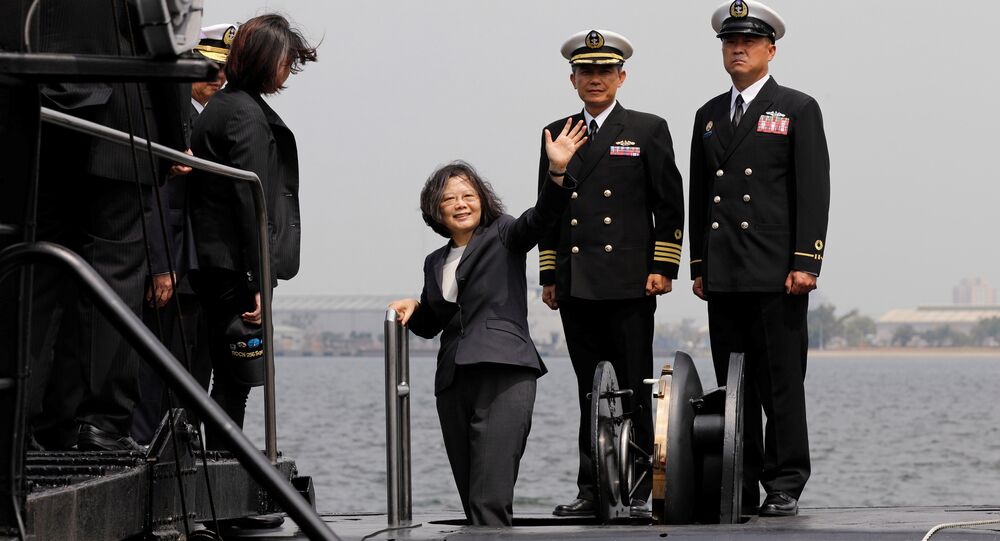 Taiwanese President Tsai Ing-wen has said Taiwan faces no choice but to arm itself with a submarine fleet, in the face of growing "Chinese aggression" in the South China Sea. In a development that will alter the military balance in the region, Taiwan expects deployment in less than a decade.

Veteran Chinese revolutionary Deng Xiaoping once proclaimed that China had the patience to wait for 100 if necessary, years to force reunification with Taiwan.

It's been nearly 70 years since Taiwan broke away from China, and the Taiwanese have not forgotten the threat.

President Tsai Ing-wen has announced a significant increase in military spending to 3% GDP, and the beginning of the construction of a domestic submarine fleet.

Taiwan has spent almost a decade in fruitless negotiations with US and European suppliers trying to build up the Taiwanese navy. However, Western leaders have been hesitant to anger Beijing.

"Underwater combat readiness is the part of Taiwan's defense that needs the most support. I understand it is challenging to build submarines locally. The rule in the international political reality is that you need to help yourself before getting help from others," President Tsai said.

In January, Taiwan carried out a two-day drill with a mock Chinese invasion, to test combat readiness. It came after a Chinese aircraft carrier, the Liaoning, was sailed through the Taiwan strait, accompanied by a fleet of warships. Although the Liaoning did not sail into Taiwanese waters, it did enter an area covered by the island's air defence zone.

Relations have been dire between China and Taiwan — which Beijing views as a renegade Chinese province — for decades but geopolitical developments across the Asia-Pacific in the last six months have significantly destabilized the region even further.

A perfect storm of heightened tension and escalating military activity by several Asian neighbors, together with an unpredictable new US administration, means 2017 could be a dangerous year.

China continues to ramp up it's military spending and activity in the South China Sea: re-claiming land around islands that are disputed by several nations in the area.

According to a 2016 Pentagon report on China's military, China has at least 53 diesel-powered attack submarines, and intends to increase that number to as many as 79 by 2020, to help patrol it's newly acquired controversial territory.

In March, North Korea caused global consternation by firing Ballistic Missiles towards Japan, two of which landed within Japan's exclusive economic zone off the Oga Peninsula in the Akita prefecture, home to the Japanese Self Defense Force.

Nationalist Japanese lawmakers, led by Premier Shinzo Abe have pointed to the infraction as motivation to amend Japan's Peace Constitution — to allow japan to take preemptive military measures against a foreign enemy. The proposal has significant opposition within Japan — however, if Abe's government is able to push such legislation through, it would be a momentous change in the balance of power in the region.

Added to this potentially toxic mix is the uncertainty over US President Donald Trump's intentions in Asia.

While campaigning for the presidency Trump suggested that Japan deal with the threat of North Korea by acquiring nuclear weapons:

In March 2017, Trump's Secretary of State Rex Tillerson said that preemptive military action by the US against North Korea was an option "on the table."

The newly announced Taiwanese submarines are not expected to be operational for a decade. In the meantime, relations between Taiwan and it's neighbours look unlikely to thaw.

Beijing Lashes Out Against US Over Taiwan Weapons Deal