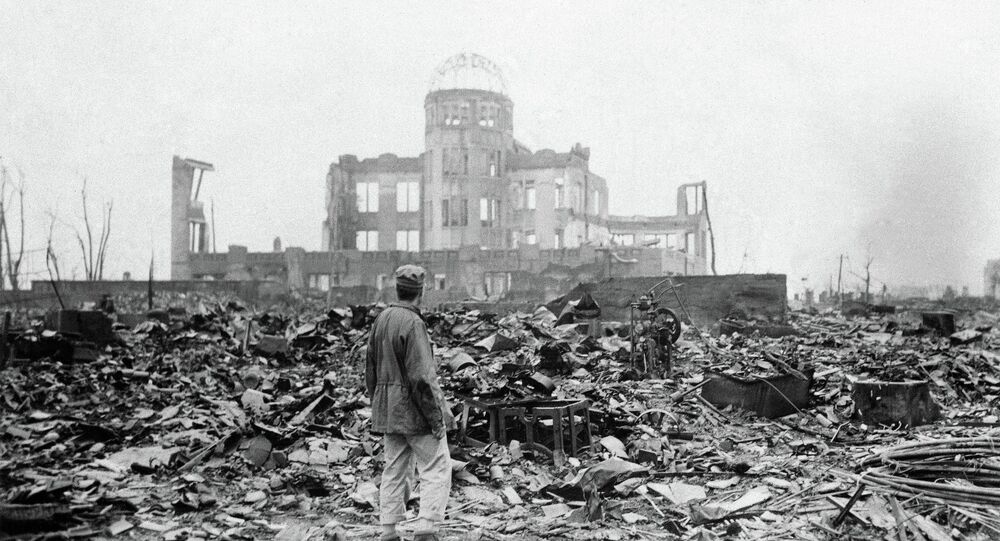 About 100 new photos of the 1945 atomic bombing of Hiroshima have been unveiled. These photos, one taken from the plane that dropped the bomb, have sat unseen in a Library of Congress storage facility for decades.

The photos were found by Ryo Koyama, a historian and curator at the Hiroshima Peace Memorial Museum. While searching for new exhibits in the United States November 2016, Koyama discovered the photos. Koyama sent 2,000 photographs home to Japan, and 100 were found to be previously unseen.

Most of the photos were donated by American servicemen who occupied the devastated city following Japan's surrender to the Allies.

One of the photos was taken from the window of the Enola Gay, the B-29 bomber that dropped the "Little Boy" nuclear weapon on Hiroshima. The mushroom cloud, over 11,000 feet tall, is depicted splitting itself into two sections, as atomic explosions at low altitudes sometimes do.

Previously, there were thought to be only two photographs taken of the cataclysmic explosion from the infamous bomber aircraft.

"With the new photograph, we can compare and examine how the mushroom cloud changed," Koyama told Stars and Stripes. "It also showed that there is a chance of finding more photographs and that it's worth searching for."

"There must have not been many people that went to the Library of Congress to look for these kinds of photographs."

​The museum intends to upload its entire collection of an estimated 70,000 photos online in the near future. They intend to preserve the events of World War II as the last living people to have fought in the war die. An 18-year-old boy who enlisted in 1945 would be entering his 90s in 2017.

"We do have a good chance of finding new historical data," said Shuichi Kato, the museum's deputy director, to The Asahi Shimbun. "We want to expand our search to Russia and other countries as well, not just the United States."

Over 40% of US Citizens Approve of 1945 Hiroshima, Nagasaki Bombings