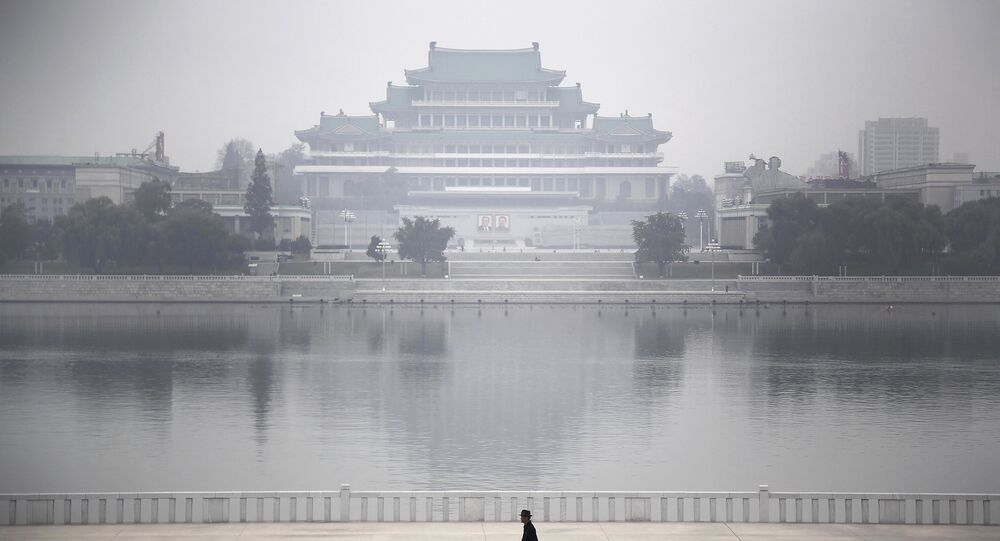 High-ranking North Korean officials and former US officials met for two days in Malaysia this weekend, possibly due to North Korea’s desire for a change in relations.

Korea Joongang Daily reported that at the talks on October 21 and 22 were between North Korean Vice Foreign Minister Han Song-ryol, Deputy Ambassador of North Korea to the UN Jang Il-hun, and four former US officials: Robert Gallucci, part of a US team that in 1994 negotiated a landmark deal with Pyongyang to stop its nuclear program in exchange for economic help; Joseph DeTrani, a former US deputy envoy for the six party talks on North Korea’s weapons program; and Leon Sigal, director of the Northeast Asia Cooperative Security Project at the Social Science Research Council.

Sigal told local reporters that North Korea has insisted the two sides begin talks on a "peace treaty" and the establishment of diplomatic relations, which North Korea considers a prerequisite to considering freezing its nuclear program, the South Korean media outlet reports. The Yonhap News agency writes that Sigal said the discussions centered on North Korea’s nuclear and missile activities.

Sigal has long been part of informal talks. Speaking to the Associated Press last month, he said, "The North Koreans understand that we're in no way representing the United States government. So sometimes, we can raise things that the US government isn't able to."

"I can say to them, 'Hey, this is why the US government is doing this.' And then probe and say to them: 'Look, what you're doing is not going to work. How about this?'" he continued.

The Korea Times reports that Jang said the sides discussed a number of "pending issues and each other’s thoughts on them." On whether the US had made the rogue state an offer to stop its nuclear and missile tests, he said only that things were "hopefully moving forward."

Sigal said the US side repeated the superpower's position that ending the nuclear program must come first, but he also implied that both sides were seeking to resume dialogue despite the Obama Administration's official policy of not holding official talks until North Korea’s nuclear program is shuttered, Korea Joongang Daily reported. The meeting "gives us a chance to explore things that you know go beyond what the government is saying right now to see if we can find a way back to negotiations," Sigal said.

North Korea may be interested in finding out what options might be on the table in dealings with the next US administration and even trying to deliver messages to its representatives, Yang Moo-jin, a professor at the University of North Korean Studies in Seoul, speculated in the Yonhap report.

Koh Yoo-hwan, a professor of North Korean studies at Dongguk University, told Korea Joongang Daily the talks indicate that North Korea expects Hillary Clinton to win the US presidential election next month. The US officials who took part in the talks are connected with the Democratic party, he pointed out, and considered "dovish."

North Korea has conducted a spate of missile tests in recent weeks and held its fifth nuclear test in September. South Korea and the US have responded with heavy-firepower military exercises and a more aggressive defense and deterrence policy.