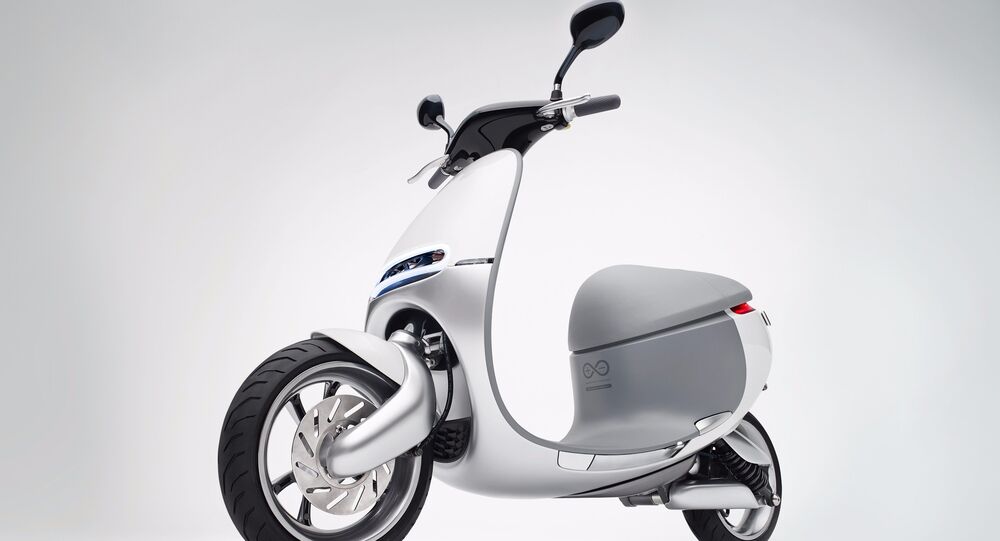 Taiwan to Start Selling the 'Tesla of Scooters'

The so-called "Tesla of scooters," whose high-tech features have had people anxiously awaiting its release all year, will finally hit the market this month.

The Smartscooter, made by Taiwan-based company Gogoro, will be available for pre-order on June 27, the company said. For now, the scooter will only be sold in Taipei, Taiwan, but the company said it plans to expand the market.

AeroMobil
Flying Car Still in Development Despite Turbulence in the Skies

At $128,000 in Taiwan's currency – about $4,100 in US currency – the scooter is a "steal," according to Cadie Thompson, of Business Insider. However, that price could rise if Gogoro starts offering the scooter in cities outside of Taipei.

The purchase of the scooter comes with two years of free maintenance, one year of theft insurance and two years of free electric battery swapping from Gogoro's 32 charging stations in Taipei, Business Insider reports.

However, Gogoro's batteries are the only ones capable of powering the scooter, and they are only available the company's charging stations – which could delay the scooter’s arrival in cities outside of Taiwan. Furthermore, the company did not say how much the batteries would cost after the two-year period.

The high-tech scooter is helping make Taiwan ready for the next phase of transportation, Gogoro CEO Horace Luke said at a company press event on Wednesday.

It can be paired with your smartphone, features a digital display and comes with two removable batteries, which give it a range of 60 miles, IBT reported. The digital dashboard colorfully displays the rider's stats.

Gogoro also has an app which can be used to customize light patterns for the scooter's headlights and taillights. Riders can also monitor their motor scooter from the app.

Buzz about the company and its futuristic scooter started to build earlier this year at the Consumer Electronic Show in Las Vegas. Since then, the anticipation and intrigue have only continued to grow.