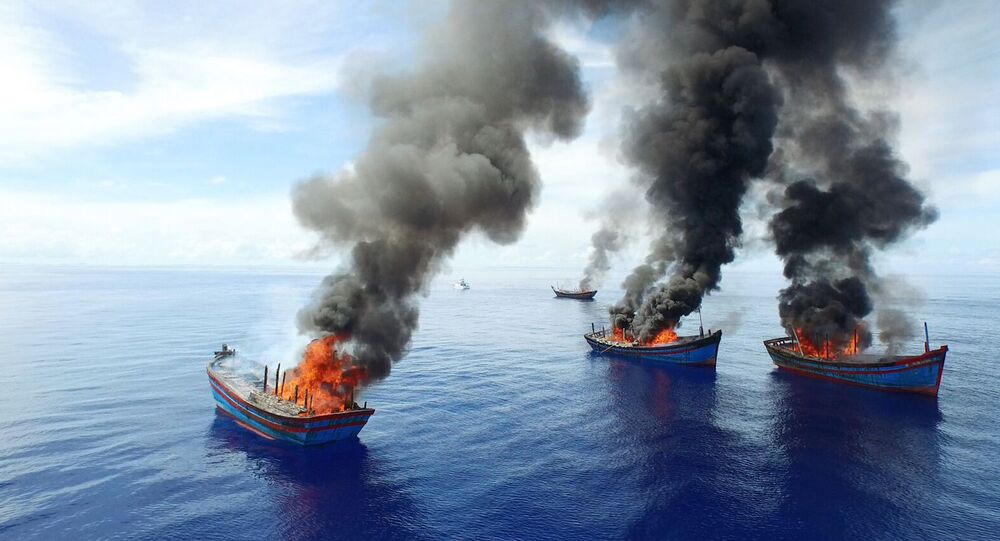 A tiny island nation in the Pacific, Palau isn’t one to be pushed around. After capturing 15 Vietnamese fishing boats off its coast, it set fire to four and left them to drift in the ocean as a warning to others who dare violate its waters.

A tropical archipelago steeped in natural beauty and wildlife, Palau has long been a leading environmental advocate. In 2009, it established the world’s first shark sanctuary, and has sought to protect its diverse marine life. Over 130 species of shark and rays inhabit its waters, many of them nearly extinct.

With a population of only 21,000 spread across 250 islands, ensuring the defense of those sanctuaries is somewhat of an overwhelming task. Until recently, the government only had a single patrol boat to monitor its shark sanctuary.

Which is why President Tommy Remengesau Jr. has little patience for poachers.

On Friday morning, Remengesau ordered the burning of four Vietnamese fishing vessels it had captured illegally.

"We wanted to send a very strong message," the president told the Associated Press. "We will not tolerate any more [of] these pirates who come and steal our resources."

The government has captured 11 other ships since last year. All of these boats were stripped of their fishing gear after being caught with large quantities of shark fins, sea cucumbers, and other reef fish, but President Remengesau felt a stronger message was needed.

"I think it’s necessary to burn the boats," he said.

Most of the remaining vessels will be used to transport the 77 apprehended crew members back to Vietnam.

One potential solution is the creation of a "geofence," a kind of electronic border surrounding Palau which would alert authorities whenever unidentified vessels entered its territory.

But such a system could be expensive for such a small nation, and not as simple as just blowing up boats.

Following that example, China expressed “serious concern” over the action, and the Vietnamese government expressed a similar sentiment after Friday’s blaze.

Palau is currently under negotiations with environmental foundations which may be able to assist in policing its waters, but until then, a can of gasoline and a blowtorch do come in quite handy.