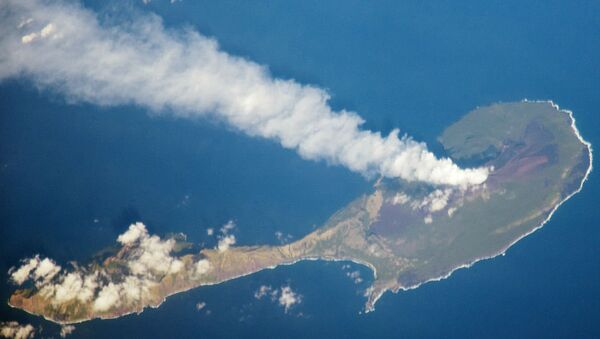 © Flickr / NASA's Earth Observatory
Subscribe
International
India
Africa
A pristine patch of green in the middle of the Pacific, Pagan Island is home to number of endangered animals and largely untouched black sand beaches. The Pentagon wants to turn this ecological sanctuary into a bombed-out training ground, all because of an alleged Chinese threat in the South China Sea.

A US commonwealth in the Mariana archipelago, Pagan is largely uninhabited, evacuated due to volcanic activity. Its green surface is already littered with the remnants of war. The rusted shells of WWII fighter planes rise from the weeds. Bullet-ridden bunkers sit half-hidden along a deserted airfield. A stone shrine, left over from the days of Japanese occupation, is only years away from collapsing into the sea.

According to the Pentagon, sights like this are an indication that Pagan has seen better days, that it’s good for little more than testing the payloads of B-52 bombers. Mariana residents know better. 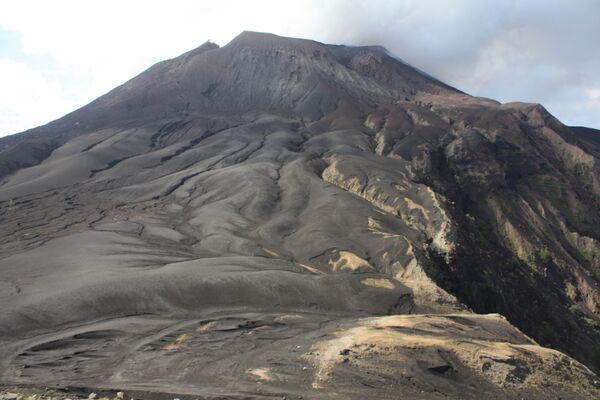 "The Marines would have you believe it’s a volcanic wasteland and it’s just not," Michael Hadfield, a biologist at the University of Hawaii at Manoa told the Huffington Post. "It’s a very special place in the world."

That’s because the island is home to a large variety of wildlife, including many native species, who have flourished due to the lack of human activity. This includes an endangered fruit bat, a wide array of birds, and the threatened humped tree snail.

But if Washington has its way, Pagan could become an exclusive training ground for the US military and its allies. This would include live-fire drills, mortar tests, amphibious assaults, and B-52 bombing exercises.

The Pentagon insists that it needs the island – far less populated than nearby Guam, where the US also leases land for military training – because of a potential “rebalance” in the Pacific. This refers to Washington’s growing concern about Beijing’s dominance in the region. Particularly in the South China Sea, where the Chinese government is busy building a series of artificial islands in the Spratly archipelago.

But both Mariana residents and environmental activists are fiercely opposing the plans. 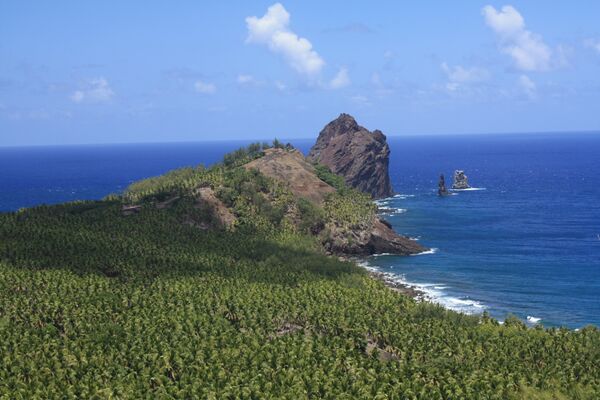 The coconut forest leading out to the tip of Pagan.
© Flickr / Michael Lusk

"We love our island. We don’t want to give it up," said Jerome Aldan, mayor of the North Mariana Islands, according to the LA Times. "This proposal is going to turn it into a wasteland."

In response, many lawmakers of the Commonwealth have urged Governor Eloy Inos to reject the Pentagon’s proposal, despite the fact that it could be a major boon to the local economy. A petition, already containing over 6,500 signatures, urges the Pentagon to reconsider.

Many also point out that while Pagan may be technically uninhabited, it is the ancestral home of the Chamorro people, currently living on nearby Saipan island after the evacuation.

"More than 50 families in Saipan consider Pagan their home island and have plans and desires to return to homesteads," Hadfield told the Huffington Post.

To alleviate concerns, the Pentagon has said it would consider options to mitigate its environmental impact. For one, marines have suggested only using live bombs along the inhospitable top of Mt. Pagan, still covered in lava.

"This is a perfect training opportunity for us," Craig Whelden, executive director of Marine Corps Forces in the Pacific, said, according to the LA Times. "It’s also a beautiful island with some endangered species. We would protect it like it was our own."

Whether or not Mariana legislators agree to the proposal, exercises won’t begin until 2017. But even if the proposal is rejected, the island could be seized under an eminent domain law.

"What is it that they can’t understand?" Arnold I. Palacios, floor leader of the Northern Marianas Senate, said. "The people are saying no. They just keep saying, ‘We want to bomb.'"