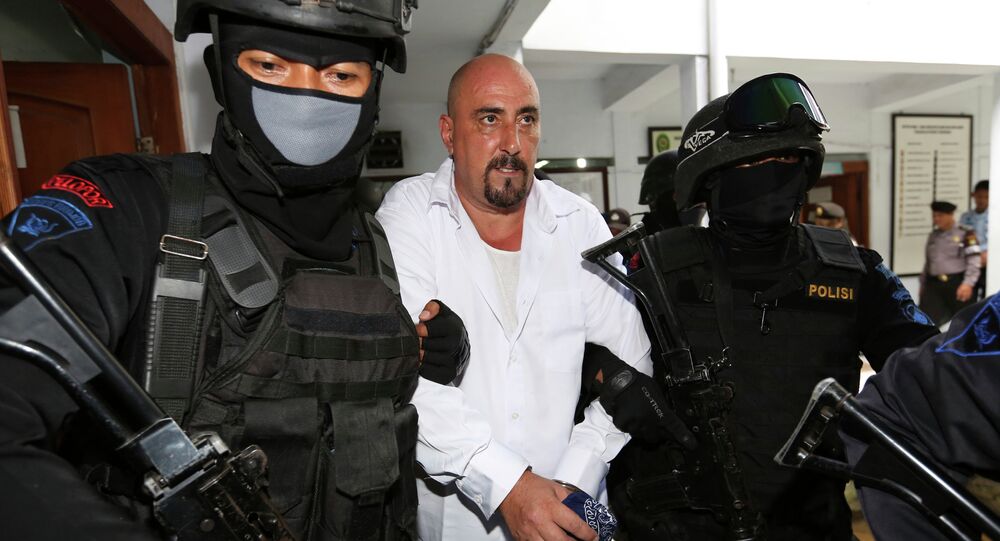 'Respect the Indonesian Law': Death Penalty in the Firing Squad

Ten people from Australia, France, Brazil, the Philippines, Nigeria, Ghana and Indonesia are facing the firing squad for drug trafficking.

This week the Indonesian government confirmed it had ordered officials to make preparations to execute a group of drug convicts. A move that has received wide condemnation.

FAST FACTS: Executions in Indonesia http://t.co/7TSiaAZ0yu This is how death row convicts are executed in Indonesia pic.twitter.com/1gmUvYRQDi

"It cannot be the answer to drug trafficking."

Frenchman Serge Atlaoui has lost his final appeal against his death sentence and there are international pleas for Indonesia to spare the lives of the drug smugglers on death row.

But the public condemnation on Indonesia's stance on death penalty isn't working. Joko Widodo, Indonesia's president, recently responded to calls for him to grant clemency to the convicts in an interview.

"We will practice our Constitution. The law does allow for execution and I think other countries should respect the Indonesian law," said Widodo.

Indonesia resumed executions in 2013 following a four-year moratorium. None were carried out in 2014, however six people, including five foreigners, were executed in January.

It would serve Indonesia well to follow Nelson Mandela's lead and pay tribute to him by abolishing the death penalty. @asiafricaconf15

Fifty-eight countries across the world still use death as a method of punishment. A new report by Amnesty International reveals the biggest killer is China, which executed more than 1000 people in 2014 followed by Iran with 289 and Saudi Arabia with 90.

Great infographic by @IACHRPress on capital punishment in the Americas for World Day Against the #DeathPenalty pic.twitter.com/ykUiNEHSAI

Saudi Arabia is a close strategic ally with western governments, including France and the UK who are accused of failing to confront the oil rich country over its human rights abuses.

Meanwhile, in response to the execution of French citizen Serge Atlaoui, European Union foreign policy chief, Federica Mogherini, issued a statement saying the 28 nation-bloc was ready to work with Indonesia on drug trafficking.

"The recent rejections in Indonesia of retrials, including in the case of a French citizen, bring closer the regrettable prospect of further executions."

The French citizen was arrested in Indonesia in 2005 in a laboratory producing ecstasy and sentenced to death in 2007.

Following an emergency EU summit meeting on Thursday, French President Francois Hollande said he would do "everything possible up to the last moment" to prevent Atlaoui's death.

"Abolishing the death penalty is for us an absolute principle," said Hollande.

"For Serge Atlaoui, death cannot be the ultimate sanction."