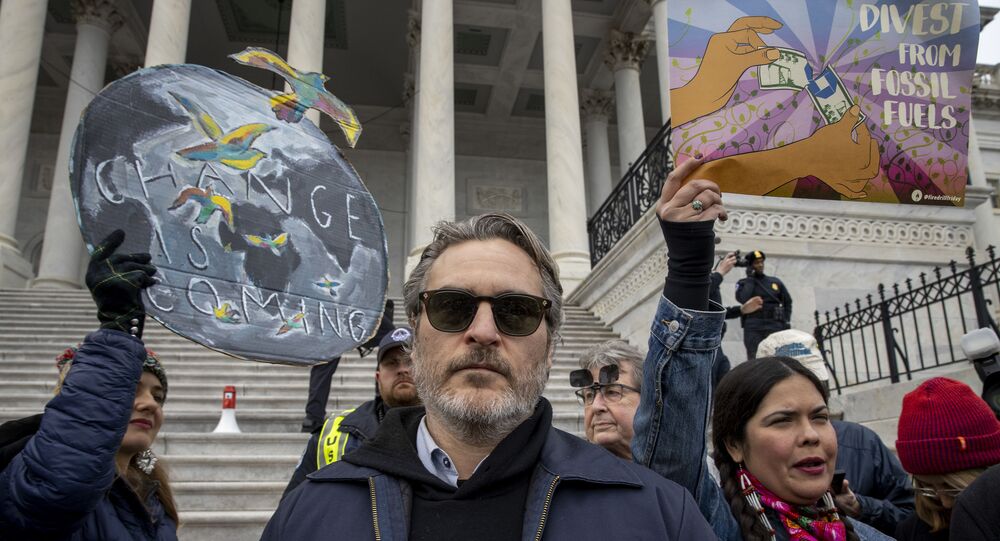 Phoenix and Martin Sheen were attending Jane Fonda's weekly climate change protest, which has been held since October, along with other celebrities, including Susan Sarandon, Amber Valletta, and June Diane Raphael.

According to the outlet, the Hollywood climate activists failed to follow a police order to disperse.

During his speech at Capitol Hill, Phoenix called on the public to opt out of meat and milk products due to their "harm to the environment". The actor, however, sadly confessed that he could not avoid travelling by plane.

"I struggle so much with what I can do at times. There are things that I can't avoid. I flew a plane out here ... last night. But one thing that I can do is change my eating habits, and so I just want to urge all of you to join me in that", the Joker star said.

Doubts are often cast on the sincerity of celebrity pledges to combat climate change, as some question their environmental footprint given their wealth and lifestyle.

The "climate emergency" itself is a very disputable matter, since a lot of scientists doubt that reducing carbon dioxide emissions, in accordance with the Paris Agreement, would actually prevent the world from becoming warmer.