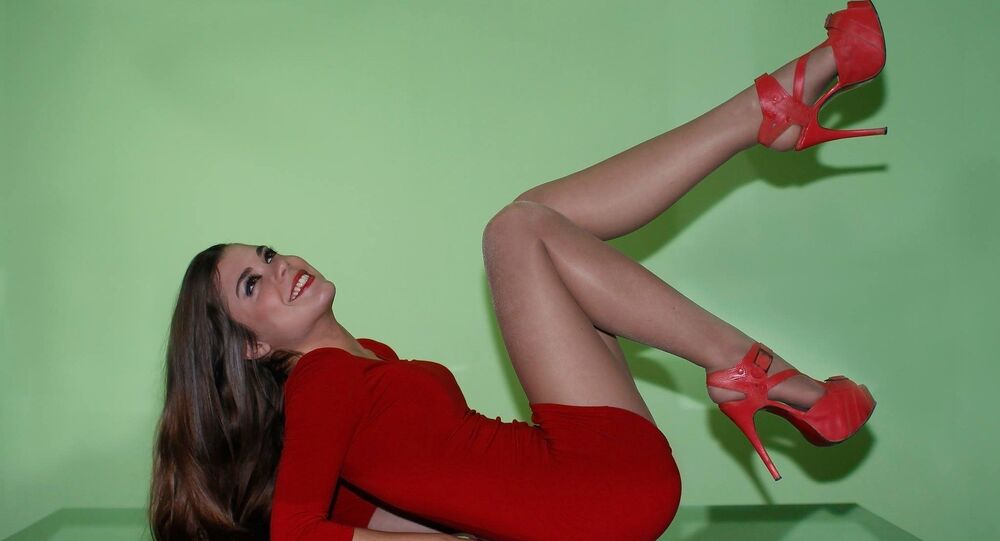 No matter how shallow it might seem, attractiveness factors into most parts of our lives, including hiring and promotion decisions, with quite a bit of research going into analysing how much our society is enslaved to beauty standards.

Women intuitively go for the more revealing and sexy outfits in their wardrobe when they feel anxious about their social and economic standing, wielding their attractiveness as a tool in order to climb the social ladder, claims a peer-reviewed study published in the journal Proceedings of the National Academy of Sciences.

When representatives of the fair sex clad in skimpy, tight outfits that do justice to their curves pout into their phone cameras, some might dismiss this as a display of mere narcissism…

But trust men of science to dig deeper, beyond the layers of chiffon and satin, to come up with the theory that it’s really all about women “responding to incentives in their environment, given the state of their economy.”

To prove their point, a team of researchers from Australia conducted a role-playing experiment with 300 volunteers from 38 countries, where the participants had to pick an outfit for their debut into a hypothetical society.

Each female participant pretended to belong one of a number of imaginary societies, designed to correspond to an economy in the real world.

Those taking part in the trial were asked to indicate their level of anxiety over their social status in their assigned society. To put it simply, the ladies were tasked with selecting an outfit for their first night out that would boost their confidence, with the choice of garments ranging from conservative to more revealing.

The study found that woman in economically unequal societies typically chose more revealing outfits to enhance their attractiveness in an effort to achieve maximum success.

The choice, says one of the authors of the study, psychologist Khandis Blake of the University of Melbourne, was motivated by anxieties over socioeconomic status.

Income inequality, the researchers concluded, is a powerful incentive for women to resort to the oldest ploy in the book – their looks – to achieve the social status they seek.

“Although we might like to pretend in today's environment that beauty doesn't matter anymore, research and our day-to-day experiences say otherwise,” said Dr Blake.

“Our results favour a view of women as strategic agents, using the tools available to them to climb the social hierarchy in specific socio-economic environments.”

The authors of the study go even further, claiming that as global income inequality continues to grow, so will women's preoccupation with their physical appearances, and citing some analysts as warning that the trend goes hand in hand with a rise in related mental health issues.

“Beauty is one way women can out-do others and try to maximise their lot in life, but it's important to remember that beauty has a shelf-life and obsessing over your appearance comes with other risks and challenges,” said Khandis Blake.

Why Curvy Women Should Check Out This Particular Dubai Nightclub