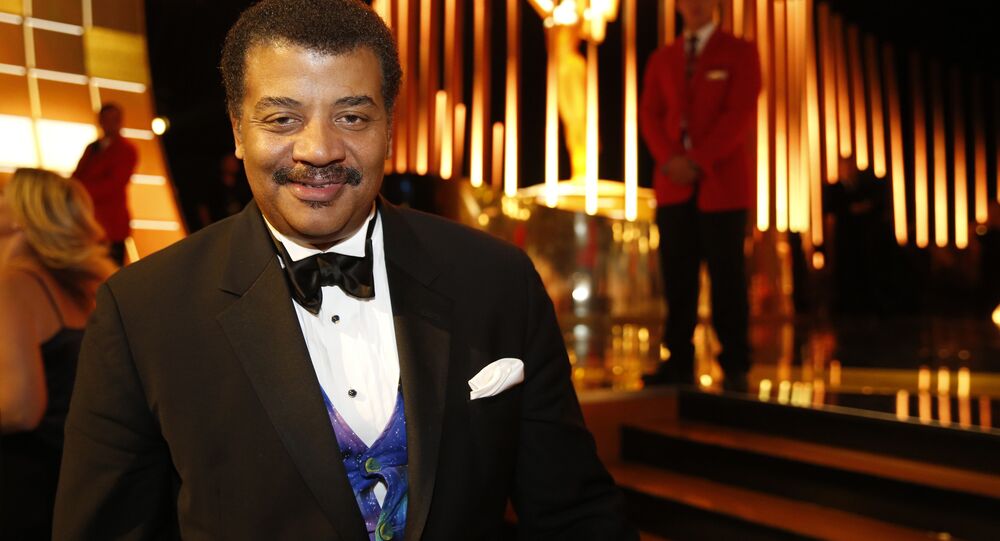 In the wake of sexual misconduct allegations and an ongoing investigation by Cosmos show broadcasters Fox and National Geographic, US science evangelist Neil deGrasse Tyson has apologized for the discomfort of two woman but strongly denied an accusation that he drugged and raped a third woman while in graduate school.

In a detailed Facebook post on Saturday, the science host apologized for what was characterized as a groping by Bucknell University associate professor of Physics and Astronomy Katelyn Allers during a 2009 photoshoot, noting that he "only just learned [nine years after] that she thought this behavior creepy" and added that he was "deeply sorry to have made her feel that way," cited by Gizmodo.

The astrophysicist expanded on the theme by adding: "Had I been told of her discomfort in the moment, I would have offered this same apology eagerly, and on the spot. In my mind's eye, I'm a friendly and accessible guy, but going forward, I can surely be more sensitive to people's personal space, even in the midst of my planetary enthusiasm."

DeGrasse Tyson also apologized to former assistant Ashley Watson, after using what he termed an "incredibly intimate" handshake of Native American origin that Watson claimed forced her to quit working with him.

"At that last meeting in my office, I apologized profusely," deGrasse Tyson noted, adding, "She accepted the apology."

The science evangelist noted that Watson's "final gesture to me was the offer of a hug, which I accepted as a parting friend," cited by Gizmodo.

Addressing a more serious accusation that he drugged and raped fellow graduate student Tchiya Amet in 1984, deGrasse Tyson was more direct, affirming that he had a "brief relationship" with Amet, after which she dropped out of the graduate program.

Amet, who had changed her name from her original ‘Staci Hambric,' made her initial accusations against deGrasse Tyson in 2014, at which time the latter did not recognize the name of his accuser.

"According to her blog posts," deGrasse Tyson remarked, "the drug and rape allegation comes from an assumption of what happened to her during a night that she cannot remember. It is as though a false memory had been implanted, which, because it never actually happened, had to be remembered as an evening she doesn't remember. Nor does she remember waking up the next morning and going to the office. I kept a record of everything she posted, in case her stories morphed over time."

In the wake of the allegations National Geographic and Fox, set to air the 2019 Cosmos series to be hosted by the astrophysicist, launched an investigation, a move publicly welcomed by deGrasse Tyson.

"Accusations can damage a reputation and a marriage. Sometimes irreversibly," the science advisor noted.

"I see myself as [a] loving husband and as a public servant — a scientist and educator who serves at the will of the public. I am grateful for the support I've received from those who continue to respect and value me and my work."

A Fusion of Science and Technology: Why State Awards are Given