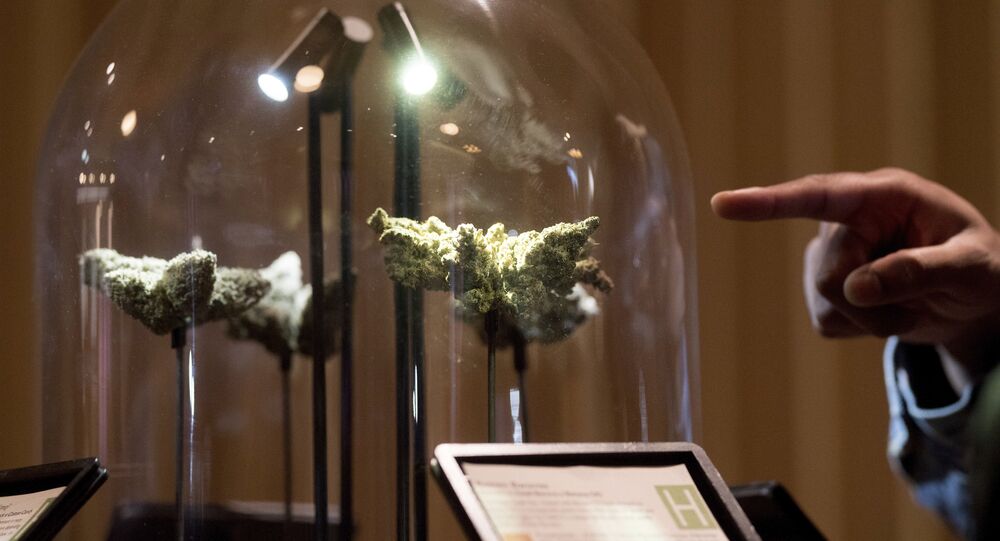 The legalization of marijuana for medical uses has resulted in a significant drop in instances of violent crime in those US states that share a border with Mexico, according to new research.

The new study, titled: Is Legal Pot Crippling Mexican Drug Trafficking Organizations? The Effect of Medical Marijuana Laws on US Crime, shows that states on the Mexican border that have legalized the use of marijuana for medical purposes have seen instances of violent crime drop by an average of 13 percent, according to The Guardian.

© AP Photo / Brennan Linsley
Colorado to the Fed: You Can Pry My Pot Pipe Out of My Cold Dead Fingers

The new US state pot laws "allow local farmers to grow marijuana that can then be sold to dispensaries where it is sold legally," noted economist Evelina Gavrilova, a co-author of the study.

"These growers are in direct competition with Mexican drug cartels that are smuggling marijuana into the US," Gavrilina stated. "As a result, the cartels get much less business."

As drug cartels operating on the Mexican border get less business the region has seen a drop in drug- and gang-related violence.

"The cartels are in competition with one another," Gavrilova detailed, cited by The Guardian.

Notoriously violent Mexican drug cartels "compete for territory, but it's also easy to steal product from the other cartels and sell it themselves, so they fight for the product," she observed, adding, "They also have to defend their territory and ensure there are no bystanders, no witnesses to the activities of the cartel."

"Whenever there is a medical marijuana law we observe that crime at the border decreases because suddenly there is a lot less smuggling and a lot less violence associated with that," she noted.

Gavrilova, who, alongside fellow researchers Takuma Kamada and Floris Zoutman studied 1994-2012 data from FBI crime statistics and homicide records, found that a change in US drug laws created the most notable positive result in California, which showed a 15 percent drop in violent crime.

The study has identified new ways to counter criminal violence related to those drugs that are still maintained as illegal by the federal government, even as US Attorney General Jeff Sessions has done an about-face on the Obama-era policies that created the medical marijuana laws that have caused the drop in violence.

"When the effect on crime is so significant, it's obviously better to regulate marijuana and allow people to pay taxes on it rather than make it illegal," Gavrilova stated.

"It's a no brainer that it should be legal and should be regulated, and the proceeds go to the Treasury," she added, cited by The Guardian

Over 20 US states have legalized marijuana for medicinal uses, while seven have gone one step further and legalized the use of pot for purely recreational purposes, in defiance of existing federal law classifying marijuana as being on a par with heroin, methamphetamines or cocaine.